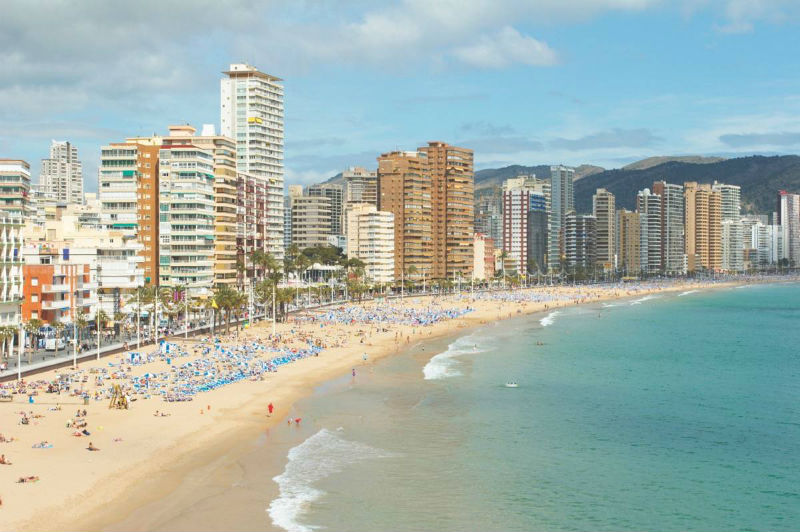 RARING TO GET BACK: Benidorm lovers busy booking future holidays.

A Yeovil-based Travel Agent In Somerset has revealed that the town’s most popular holiday booking this year is Benidorm despite the coronavirus crisis.

TRAVEL AGENT Jenny Wilkinson has reported a large spike of bookings to Spain since Boris Johnson announced yesterday he will shortly reveal how lockdown will unravel.

She told the Euro Weekly News “Since Boris Johnson made his announcement online booking for holidays have risen, 56 per cent overnight and this morning from the Yeovil area and the most popular destination is Benidorm on Spain’s Costa Blanca.

“The Prime Minister’s announcement yesterday was the reason as many clients mentioned it on email before they booked up, we saw a large spike in bookings last night and this was one of the major factors in the sales increase.

“Benidorm seems very popular, it’s easy to get to from Bristol Airport and Benidorm will be offering some great incentives to entice tourists back and people are taking full advantage, it was only just recently announced in the national media that bars and restaurants could be charging as low as 50 pence a pint and that’s also been mentioned by a few on email too,” laughed Jenny.

Nicky Dawson a regular visitor to her favourite destination in the sun told the Euro Weekly News how she hopes to get out later this year: “I love Benidorm, I go normally at least once a year and I’ve stayed at the hotel where they film the TV show, once they were filming whilst I was there but I never got on their screen, I had the opportunity but I am too shy for that, Ian my partner likes a pint on his holidays and the prices look like they are going to be very competitive this year going by what’s coming out in the press, although I can’t see the cider being that cheap, he will have to change for the holiday!

“We are planning for later in the year probably September hopefully and will go for a late booking this time just to be safe, normally I book well in advance but my friend in Spain has advised on a late booking and says there should be no problem this year getting a decent hotel on late notice, everything is still shut there at the moment it seems, but my friend says it will be opening up very shortly, which is good news.”

It seems many in Yeovil are of the same feeling as Thomas Wass has the same plans but has already booked, “Yes I booked last night, I’ve gone for the end of August, myself, the wife and two kids, we got a great package deal, far cheaper than the last time we went. We are really looking forward to it now, after a long hard lockdown period we needed something to look forward to.”