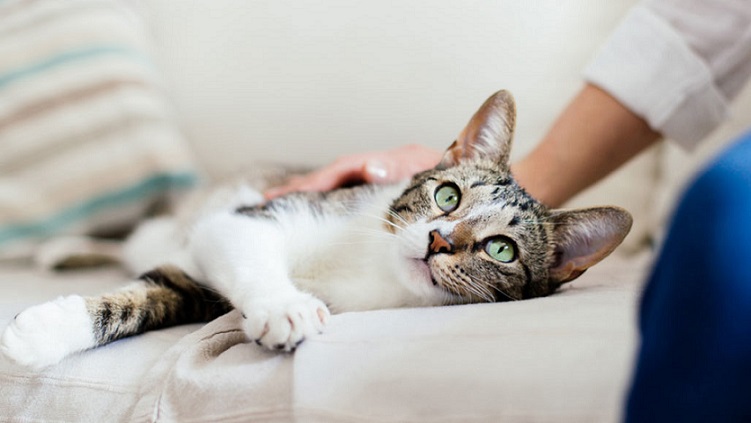 The cat, the sixth in the world to be confirmed positive for SARS-CoV-2, is thought to have contracted the virus from its owners.

ABOUT a week ago, experts from the Animal Health Research Centre (Cresa), in Barcelona, ​​received the body of a cat. It was the pet of a family in Catalonia in which several members had become ill with Covid-19.

The owners of the animal took him to the vet because he showed respiratory difficulties. After tests, it was revealed that the feline had very few platelets, heart failure and high temperature and a decision was made to euthanise the animal.

The researchers of this centre analysed several organs in search of SARS-CoV-2 and it was found in only two: the nasal cavity and a lymph node near the intestine,  the viral load was very low.

According to the analysis, released today by Cresa, the cat suffered from a congenital heart disease known as hypertrophic cardiomyopathy which can cause sudden death. None of the lesions found in the animal were compatible with a coronavirus infection, meaning the virus had nothing to do with its state of health, veterinarians say.

The cat was four years old and his name was Bold. Laboratory technicians who carried out the work have not given more details of the animal’s owners to protect their privacy.

“This only shows that sometimes very isolated cats can be collateral victims of the pandemic, but there is very little chance that they can infect people,” explains Nàtalia Majó, director of Cresa, which is part of the Institute of Agri-Food Research and Technology of the Catalan Government.

“Now we will try to sequence the virus genome and see if it had antibodies,” explains Joaquim Segalés, a researcher at Cresa and professor of animal health at the Autonomous University of Barcelona.

This would be the sixth cat infected with coronavirus, whose transmission in humans already leads to 3.7 million infections and more than 260,000 deaths. Barely a handful of infected animals have been registered, including two dogs, a tigress from the New York Zoo and five other cats: two in Hong Kong, one in Belgium, one in New York and a new case found in France on Monday.

It’s important to note that the cat died WITH the virus and NOT from it.