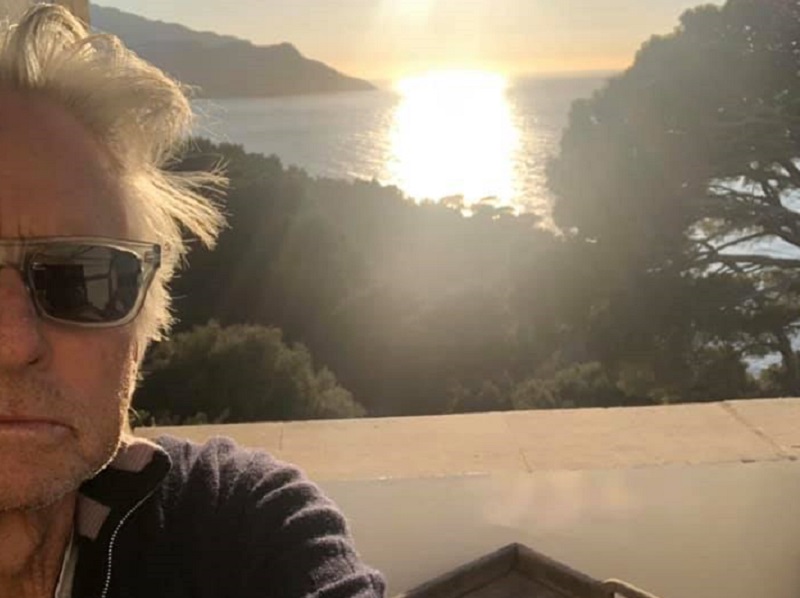 CHILLED: The actor posted a selfie with the Mediterranean as a backdrop on a mini-break to his Mallorca home in February. CREDIT: Michael Douglas Facebook @MichaelDouglasOfficial

The American actor and producer has reportedly taken the spectacular S’Estaca estate located between Deia and Valldemossa off the market, six years after he and his ex-wife Diandra Lucker put it up for sale.

The film star has allegedly had a change of heart and decided to keep the property, and will take it in turns with his ex to spend time there. There is also speculation that he might buy out Lucker, leaving him free to make the most of his Mallorca bolthole year-round with his Welsh-born actor wife Catherine Zeta-Jones and the couple’s children Carys and Dylan.

Douglas visits Mallorca at least once a year, usually in the summer months, but he spent a few days on the island in February shortly after the death of his father, the legendary Kirk Douglas.

A selfie showed him sitting on a terrace overlooking the Mediterranean with the sun glinting on the sea and the message “Happy Friday! What’s everyone up to this weekend? Wishing you all a great weekend!”

In another the star is pictured at the door of a well-known eatery in Calle Sant Jaume in the Mallorcan capital, along with the comment, “Stopping by for lunch at my favourite restaurant in Palma!”

Douglas and Lucker first acquired the S’Estaca estate in the early 90’s for €4 million. When the couple split up 11 years later they agreed to share, each using it for six months of the year.

In 2014 they put it up for sale, originally at €50 million, but later dropped the price to €28.9 million. In May last year the actor lent his voice to a promotional video launched by the estate agency handling the sale, which shows off the property’s main living areas, surroundings and breathtaking views of the Mediterranean.

At the time he said it was “time to let someone else enjoy the privilege and adventure of S’Estaca, someone who appreciates the beauty, the privacy and the unbeatable views.”