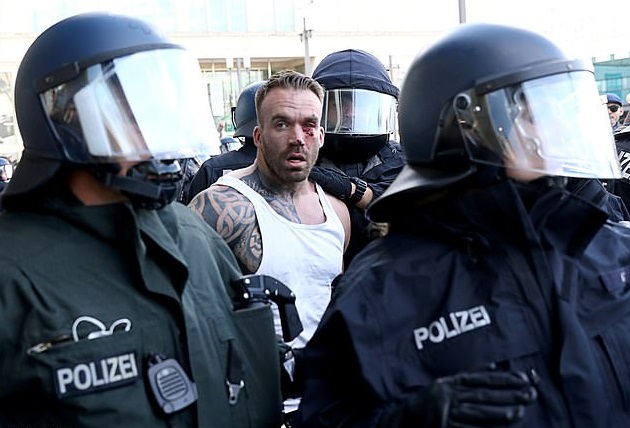 The riots in Germany over lockdown, could this happen here?

Residents on the Costa del Sol in Spain’s Andalucia watched in horror as thousands of Germans clashed with riot police over lockdown restrictions when some states threatened they will not lift measures if the numbers of coronavirus cases continue to spike.

Expats and Spanish locals on the Costa del Sol were ‘angry and upset’ over the recent decision made by the Spanish Health Ministry not to allow certain areas of Andalucia to enter Phase 1 of the emergency lockdown.

After watching on TV the brutal riots in Germany, they witnessed crowds of people that were incensed by the government’s management of the pandemic and they were left thinking, could this happen here in Spain?

“After all, we have suffered badly on the coast, in my opinion probably the worst in Spain, our bar is finished and our livelihood has disappeared overnight, there is nothing left for us in Spain,” said June Murphy from the Travellers Rest in Malaga.

“We ran out of money for the bar a week ago, we have paid all the social we were supposed to, the staff and we are still waiting for some support from the government, they are quick to take it off you but very slow to give it back. Don’t they, (the government), realise, we are penniless and with no end in sight of this nightmare, we are just stuck in our apartment waiting for exactly what?”

Speaking to a mixture of couples taking their ‘cherished’ daily walk along the paseo in Fuengirola I felt the same sentiment, everyone has had enough, they said: “The Costa del Sol deserved to go to Phase 1 and it’s just another nail in the coffin for businesses and tourism.” Many had watched the riots in Germany and commented it wouldn’t be long until it happens here unless things change.

Civil unrest is growing and palpable, the same message was sent to the government by all, “We have had enough, we need to get back to normal as soon as possible, we CANNOT carry on anymore like this!” TW