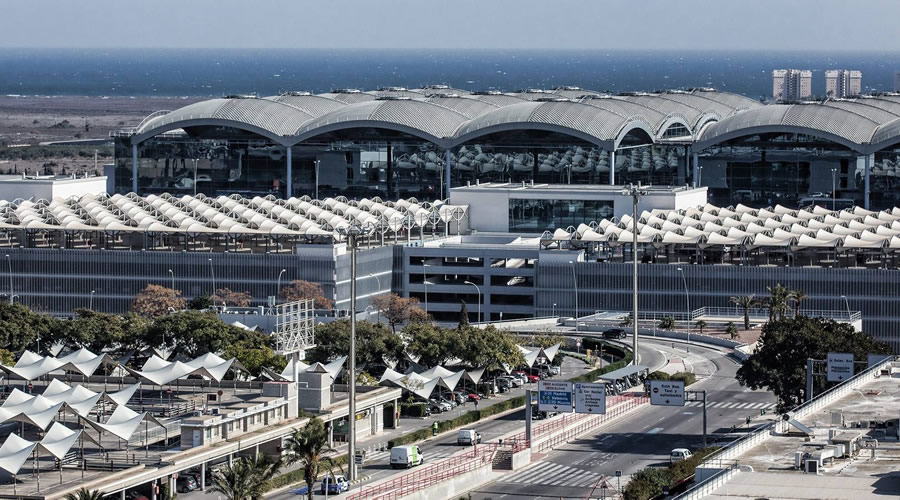 CRIPPLING: UEPAL says the closure of Alicante-Elche Airport to international flights is an attack on the province's economy. CREDIT: AENA

Alicante Province’s business union (UEPAL) has blasted the closure of Alicante-Elche Airport to international flights while the State of Alarm lasts saying it is “an attack on the province’s economy,” in particular on one of its main sectors, tourism.

IN a statement today, UEPAL referred to the fact the “only gateway to the country” is through airports in Madrid, Barcelona, Malaga, Palma de Mallorca and Las Palmas de Gran Canaria.
In this way, according to UEPAL, until May 24 “or foreseeably after an extension on June 15,” the Alicante-Elche airport “will only receive national flights and emergency health and goods.”
“This decision by the Spanish government is an attack on our province, on its economy, which has tourism as one of its main driving forces. This is the coup de grace that was missing to destroy Alicante,” said President of UEPAL, Juan José Sellés, who considered it “unacceptable that the fifth airport in the country, which had more than 15 million passengers last year, is not among the priorities of the government,” reports La Vanguardia.
In Sellés’ opinion, Alicante and the Valencian Community are “a reference point for tourism in this country, a consolidated tourism, which does not stop being attacked by those who should be watching over our recovery.”
He said first it was the measure to impose 14 days of quarantine on international passengers, “and now this.”
“In this way the season is doomed to failure. These measures are going to damage our province a lot, they are going to make it difficult for foreigners to buy and sell their homes and empty our hotels and campsites,” said Sellés.
UEPAL said the government is “hiding its inability to deal with a complex situation like the present one.”
“Citizens are demanding that measures be taken to ensure our health and, at the same time, that we can survive economically, maintain our businesses and our productive sectors,” he said.
Selles has also pointed out that there is a “very serious lack of dialogue with the productive sectors on the part of the government, which translates into very negative messages about Alicante’s image abroad: first the quarantine decreed without talking to its European partners; now a total closure of one of the entry routes such as the Airport.
“The government is telling the world that Alicante is not a safe land, and the campaigns that follow will be more difficult and will cost more to raise this negative image.”