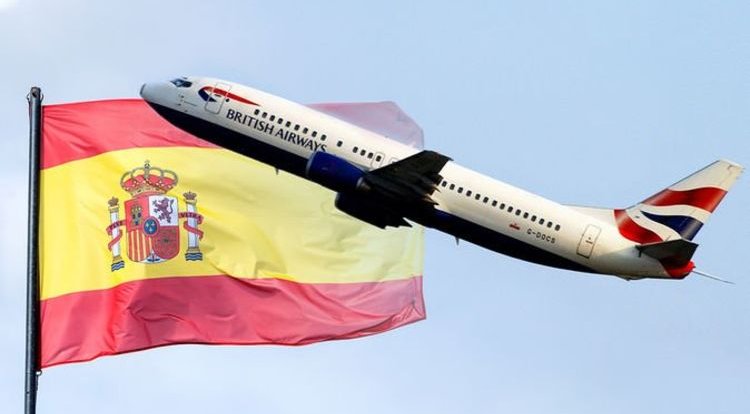 British expats living in Spain’s Costa Blanca and Costa del Sol are furious over the travel ban just introduced by Spain as friends and relatives have to rebook their flights and holiday plans.

RESIDENTS of Spain’s Costas were looking forward to meeting their friends and families after what seems like an age, that is until the travel ban was extended until June 15.
Alan Carter from Fuengirola, Malaga had his son coming over in two weeks, he had this to say: “Unbelievable isn’t it, I waited and waited as long as I could and paid for Mike’s (his son) flight and airport pick up. I bought the ticket from BA so he could be picked up from Gibraltar, the pick up alone cost me €100 and I don’t know if i’ll get that back or not.
“If the government doesn’t change things soon the place will shut down, I do maintenance work on privately owned apartments and I am living on fresh air myself, the owners have already said their bookings are disappearing fast, leaving me with no work.”
Jenny Williams from the Costa Blanca posted her rants on social media also.
“What! I just heard about the travel ban extension, I was already painting the spare room ready for my Aunt and Uncle and then this, it’s crazy, how do they, the government, expect anyone to support the bars, cafes and restaurants if they can’t fly here. My locals have all but given up, when people do finally manage to get here everyone will be closed.”
It’s beginning to sound like the UK has really not got its act together, if it had then the Spanish government would surely allow UK citizens to come here sooner than that, after all, holidaymakers from the UK contribute millions of euros to the Spanish coffers.
As recently reported by the EWN, London will soon be clear of the coronavirus, perhaps only then will Spain’s PM, Pedro Sanchez, give the green light we have all been waiting for.
#costadelsol #costablanca #spain