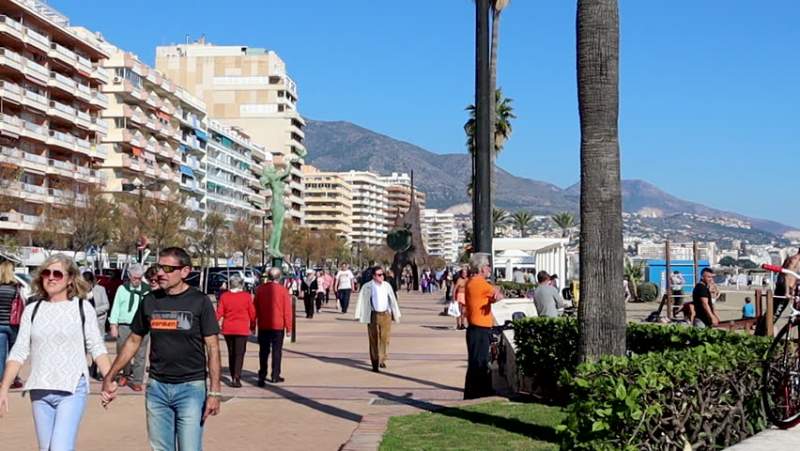 Expats on the whole of Spain’s Costa del Sol and Costa Blanca will enjoy more freedom from tomorrow with 72 per cent cleaner air.

MALAGA on the Costa del Sol enters Phase 1 of Spain’s de-escalation while Alicante, Elche and Crevillente health districts join the rest of the Valencia Community on the Costa Blanca on the first rung from tomorrow, when residents will enjoy more freedom and 72 per cent cleaner air, new figures show.

Confinement and a consequent reduction in traffic since State of Alarm was declared on March 14 has had a direct effect on improving air quality throughout the country, according to the latest study by Ecologistas en Acción, based on data collected by official measuring stations in 26 large towns in the country.

But the improvement has been particularly significant in Alicante, where there has been a 72 per cent drop in the usual pollution levels during the months of March and April.

And this has been corroborated by measuring stations around the Port of Alicante, where most of the city’s industrial activity is concentrated.

The Port also serves as a stage for the loading and unloading of bulk cargo, which until now has been carried out in the open air, with the consequent risk of particles spreading into the atmosphere, as highlighted previously by neighbourhood groups, environmental organisations and parents’ associations in nearby schools.

An Alicante Plaza investigation showed since the pandemic, activity at the port has not been carried out outside, in what could be considered “an indirect effect of the coronavirus”.

According to the data collected at these measurement stations, controlled by the Valencian Government through the Air Pollution Monitoring and Control Network, none of the four measurement points in the Alicante Port area have captured an average value of PM10 particles reaching 20 ug/m3 in the period between March 14 and April 30.

There are apparently discrepencies when it comes to specific dates within this time scale, but this has been put down to “alterations suffered in the task of updating data after the implementation of teleworking among the personnel of the Ministry of Ecological Transition”.

PM10 particles are a common air pollutant and found in dust and smoke.