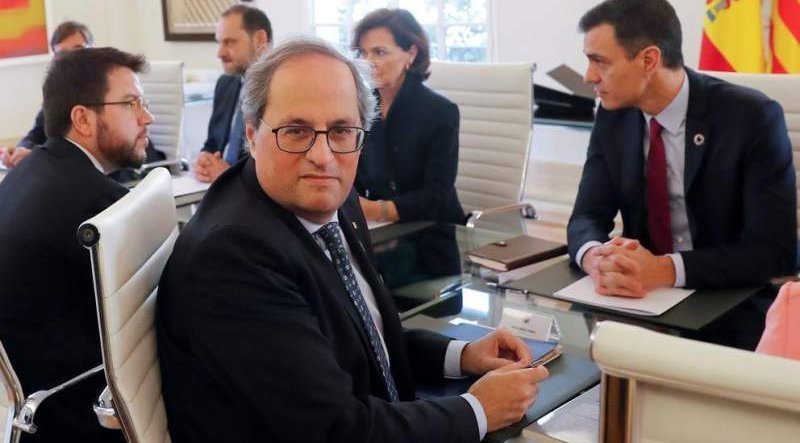 Catalan is being pushed to the front of the queue in the move to Phase 2 as ministers say it is a “prime candidate” and figures for the region of new infections are disappearing fast.

THE Catalan health department will request that the Ebre, Tarragona, and western Pyrenees health regions move to Phase 2 of the de-escalation plan on Monday, May 25.

The health minister, Alba Vergés, said that the three regions are making good progress, in a press conference on Saturday. Vergés said the regions were demonstrating a good ability to detect and follow up on Covid-19 cases from primary care, as shown by the indicators her department has been receiving during the first week of Phase 1.

Vergés also addressed the Spanish government ruling on Friday that Baix Montseny in the Barcelona metropolitan area would not be able to progress to Phase 1 on May 18 as requested.
Catalan Health Department says all three regions should be allowed the move to Phase 2 next week. The health minister said she regretted that decision and would continue to ask for the phase transition to be implemented, pointing out that her department had not received “any technical arguments” so far from Spain.

Meanwhile, speaking at the same press conference, interior minister Miquel Buch said the Catalan government is going to ask the Spanish government to allow people doing exercise in Phase 1 to go outside their municipality.

“It is illogical to tell the public that they can go for a drink at the far end of their health region, but on the other hand when doing sport we must insist they stay within their municipality.”

Phase 2 of the planned transition to the ‘new normality’ would see a further loosening of lockdown restrictions, as laid out in the Official State Gazette (BOE) published by the Spanish government on Saturday evening.

The timetable for doing individual exercise outdoors will be made more flexible. People under 70 will be allowed out at any time, excluding the time slots for elderly people to go for a walk or exercise, which remain unchanged: 10am-12 noon and 7-8pm. Time slots only apply in municipalities with more than 10,000 inhabitants.

During this intermediate phase, cinemas and theatres can open to one third of capacity,  as can public monuments and other cultural sites.

Cultural events can have a maximum of 400 people outdoors and 50 indoors.

Schools can begin to host some face-to-face activities with students, such as reinforcement activities, preparation for university entrance exams, and ensuring that children under the age of six can go to school if parents have to go to work and have no one to leave their children with.

Restaurants and cafes can open their indoor seating areas, with table service only and with numbers limited to 40 per cent of capacity. Nightclubs must remain shut.

Weddings are allowed for up to 100 people outdoors and 50 indoors.

The limit on numbers attending funeral wakes is 15 indoors and 25 outdoors; for burials the maximum is 25.

Recreational swimming pools can open up to one third of capacity, but changing room showers cannot be used and safety distancing must always be guaranteed. In addition, door knobs, railings and any other places that might be touched frequently, must be disinfected at least three times a day.

Communal areas in hotels and other tourist accommodation can open to one third of capacity.

Congresses, meetings, and conferences can take place with up to 50 people attending.

Shopping centres can open. Capacity is limited to 40 per cent capacity within shops and 30 per cent in communal areas, which are only to be used to pass through, with no loitering allowed.

Professional sports leagues are allowed to resume, behind closed doors and without spectators. In addition, ‘full training’ is allowed with up to 14 athletes.