Let Us In: Hundreds of Germans Angry For Being Refused Travel to Their Second Homes in Spain’s Mallorca 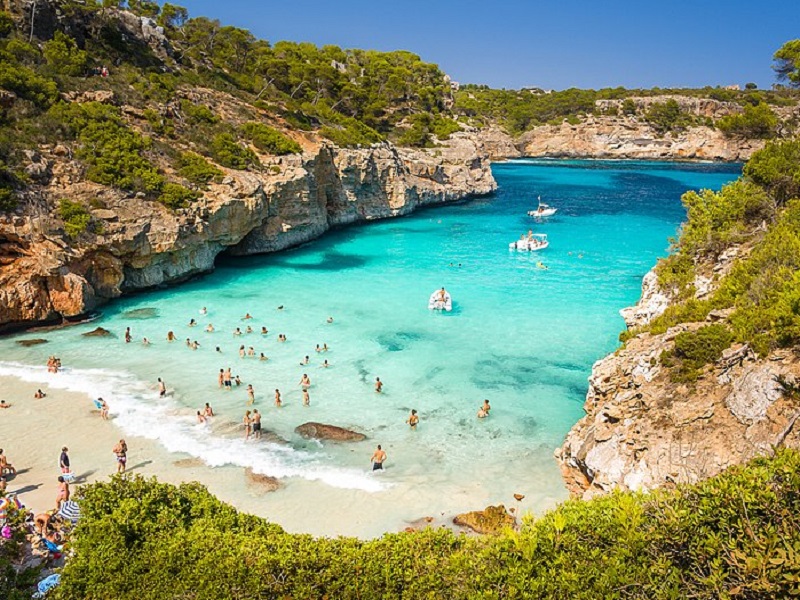 German citizens with second residences and homes in the Spanish island of Mallorca are protesting the Spanish government’s decision to ban entry from Spain until the end of quarantine.

Since the end of April, hundreds of angered Germans have been sending letters of protest to the Balearic archipelago, pleading to let foreign homeowners into the nation, however, Spanish authorities have insisted that they must wait until Spain regains confidence and can reopen its doors to foreigners.

The Germans consider the travel restrictions imposed to stop the pandemic “completely exaggerated” and demand an end to the state of health alarm due to the decrease in the number of new cases of Covid-19. Some have even threatened to withdraw their investments from the island if things do not change.

“Tourists must come to Mallorca this year, otherwise the island will be impoverished. Almost everything depends on tourists here,” warned Ralf Becker in the weekly Der Spiegel.

Mallorca is a popular holiday destination among Germans, to such an extent that they even refer to the island as “the 17th regional state” in their country.

In 2019, the island received around 4.5 million Germans who enjoy spending their time, and money, on the beaches and nightlife of the archipelago. However, the Spanish government wants to avoid the risk of imported cases.

Starting on Friday, entry to the country by air or sea will be limited to Spaniards, residents of Spain or other specific cases. And those who arrive in the country must undergo a 14-day quarantine.

This measure that will last until the end of the State of Alarm which the Prime Minister, Pedro Sanchez, hopes to extend until the end of June. This restriction does not allow homeowners in Spain to enter because having a property ‘does not prove residence in Spain.’

The government has said that it considers it unfair that a Spaniard would not be able to leave his province to and enjoy their secondary residence during quarantine but that a foreigner could come to their second residence in Spain.

The president of the Balearic region, Francina Armengol, admits that the issue of foreigners and their return “is something that we are asked every day.”

Armengol hopes that she will be able to welcome “tourist groups in a controlled way in July” and perhaps start this journey “with the owners of secondary residences” and allowing them back into the country.

The Eurowings airline, a subsidiary of Lufthansa, resumed flights between Dusseldorf and Palma de Mallorca in May, but with only “less than 10 per cent” of regular traffic and only for “those who live there, businessmen” or people with a certificate who can justify that they are moving due to an emergency, explained the airline.