Lockdown de-escalation phase one on the Costa Almeria: local residents talk to EWN about differences to their lives under Spain’s preliminary move towards the ‘new normal’ 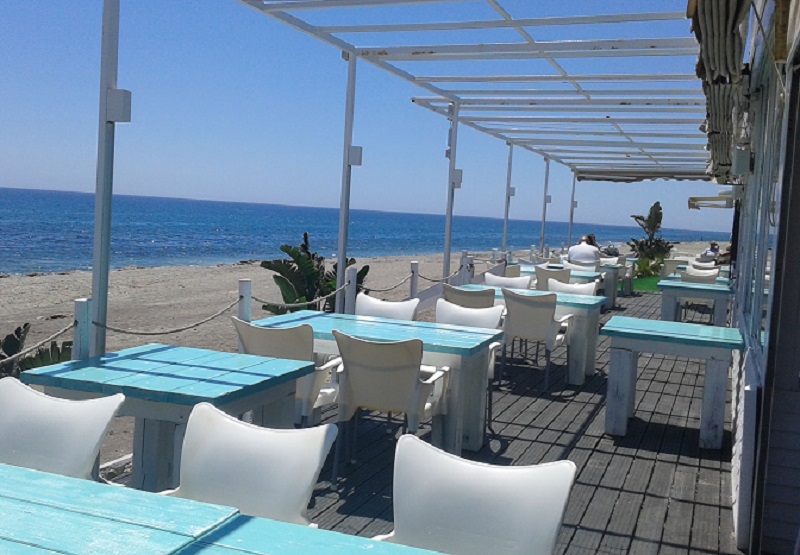 WITH Almeria now into the second week under Phase one of the lockdown de-escalation and looking forward to entering phase two next week, the Euro Weekly News talked to local people about the differences to their lives under the preliminary move towards the ‘new normal.’

“Phase one is absolutely an advance,” Francisca commented.

The beachfront Neptuno has extensive terraces, and the restaurant has attracted “quite a few” customers since it came into force, and had an “excellent” weekend, she reported.

“I’m very happy. There are less people than usual, but it’s possible to survive in this phase.”

There is one thing that has made Francisca angry over the last week or so.

“I’ve seen people who are not taking this seriously. They’re failing to take care with safety precautions, even in the restaurant.

“We have a sign up telling people to wait to be seated, but there are some who go and sit down, even when the table still has plates on it and has not been cleaned.”

This kind of behaviour Fran points out runs the risk of pushing everyone back under full lockdown.

After only being able to serve customers by appointment, Sundance Spas, which also specialises in pool maintenance, has reopened with social distancing measures in place and personal protection materials a priority.

Charles said he had noticed there were significantly more people about last week generally, and this week even more.

Charles believes the Spanish government’s “draconian measures” have been effective and that “it’s all for our own good.”

Nevertheless, Charles said he will not be going to a bar for the time being as a precaution as his age putS him in the high-risk category.

The nature of the Albox Insurance line of business means the switch into Phase one has not made much of a difference to the company as they have been able to pretty much work as normal throughout the lockdown.

“Everything can be comfortably done by phone or over the internet, although there are some people who prefer to come into the office in person and make payments by cash,” Glenn commented.

What he has really noticed Glenn said is that people in the area have been on the whole adhering to the lockdown rules and not going out unless they absolutely have to.

He’s also seen a greater sense of optimism since the province moved into Phase one.

“People can see the light at the end of the tunnel,” he said.

Residents’ main concern now, Glenn believes, is the possibility of an influx of people.

The easing of restrictions under phase one had been an “enormous leap” forward for the PAWS-PATAS animal shelter, Chrissie said.

“During the past two months there has been a ‘skeleton staff’ rota looking after the cats and dogs, which of course has been exhausting and stressful.

“Regular and new volunteers have now been allowed to return, which is a massive saviour, especially with many kittens, puppies and dogs being abandoned at the shelter during the past week. Staff have also been allowed to open the outlets in Mojacar, Turre and Las Buganvillas and accept much needed donations, and they have been able to clean and decorate in preparation for opening to the public.

“Strict guidelines are in place regarding social distancing, wearing of masks and sanitisation as safety for our volunteers and the public are paramount,” Chrissie stressed.

PAWS-PATAS needs to raise €9,500 per month. Chrissie reported that so far the lockdown has resulted in a loss of some €16,000, and she urged people to donate.

For more information see the PAWS-PATAS website or www.paws-patas.org or email [email protected]

Couple Chris and Lenke opened up the restaurant terrace on the first day Phase one came into force, and in accordance with the regulations at just 50 per cent capacity.

Both self-employed, they are now running everything on their own and working seven days a week instead of five. Chris told EWN.

The main problem is “the numbers game,” Chris said.

Chris reported only about 30 per cent of normal customer numbers. He put this down partly to people being stuck in the UK, but also pointed to comments on social media forums which reveal people are still “nervous about going out.”

Chris is not confident that moving into Phase two, when indoor dining areas can be opened up, will make much difference.

“We’ve written off summer,” Chris commented, yet he remains upbeat about the future, and said he hopes he business will be “where we were in March by September.

“There are lots of things against us, but we’re still very positive and we’re going to survive this.”