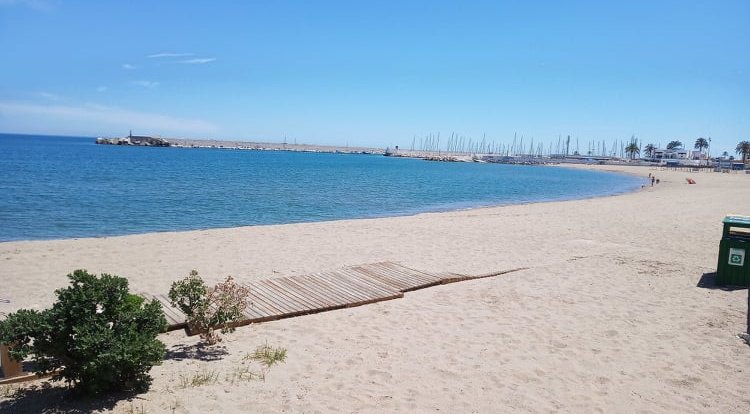 THE Junta de Andalucia has released some new recommendations for beachgoers and how they should proceed when going to the beach under a ‘new normality,’ amongst these tips are to not spend ‘more than four hours during the morning or afternoon period to avoid saturations’ as well as showering before and after going to the beach.

Residents on the Costa del Sol have been eagerly awaiting to know more about the re-opening of their much-loved beaches, however, it is still uncertain as to what exactly this will look like. Nevertheless, these recommendations can give us a picture of what we can expect, and it looks rather different from the care-free way we have been accustomed to.

These are a few of the recommendations which are part of the tips for the protection of health and the reopening of aquatic and bathing areas in Andalucia which have appeared on the Official State Bulletin of the Junta on Monday, May 18.

In one of the appendices, the Junta argues that “the situation provoked by the Covid-19 crisis supposes a threat to the health and security of beachgoers and that the competent authorities must work towards minimising the risk of transmission whilst also guaranteeing a good service.”

This referral of recommendations begins by stating that you must stay home if you show symptoms of Covid-19, and that you must uphold extreme ‘individual hygiene measures – clean bathroom, clothes and accessories, using one towel per person, maintain the correct hand hygiene, avoid touching your hands, nose and mouth, do not swallow water… and maintain a safe distance to avoid transmission.”

In regard to the limitations set on capacity, the Board has detailed a broader amount of recommendations aimed at drawing up local contingency plans for the beaches under these exceptional circumstances.

The Junta understands that municipalities must “establish the maximum capacity allowed on the beaches of each municipality which are deduced by the provisions dictated by the competent health authorities” as well as the capacity in “areas where people congregate” and ensure that there is the necessary “spatial distribution to guarantee the safety distance of at least two metres between” everyone.

Furthermore, “all personal objects, such as towels, must remain within the established two-metre security perimeter, avoiding contact with the rest of the users.”

There should also be opening and closing times for the beaches, determined by each municipality, in order to allow for cleaning and disinfecting crews to carry out their work before the opening and after the closing of beaches.

The meeting also adjourned that in the case that “sports activities are allowed” they should only be carried out, “provided that they can be carried out individually without physical contact or allowing a minimum distance of two metres between participants.”

Furthermore, entry and exit points should be established to ensure there are no agglomerations at the busiest hours of the day. There should also be regulated and staggered access to the car parks in order to avoid crowds.

The Board has also proposed that children under the age of 14 should always be accompanied by an adult, during their stay on the beach and also when bathing and that air inflatables may be “prohibited.”