Until now, the nation has been in a limbo since the State of Alarm was announced on March 14.

IMPOSED confinement forced us all to face unprecedented challenges, as we waited patiently to move towards a new normality – the first step to which came in the form of Phase 1 as half of the Costa Blanca North region were given new freedoms last Monday.

So how has the last week been for those allowed to take walks, visit family (within the same health district) and other little freedoms that were previously taken for granted.

Mother-of-four, Fran Paxman is surprised how little her life has changed in the last week.

“We couldn’t wait for the news we were in Phase 1, I think we all thought everything would go back to normal, but to be honest not a lot has changed.

“The kids are teenagers so they understand the situation, but other than getting out for exercise, they are carrying on as before. They are studying from home and constantly on their phones.

“I work from home anyway, and don’t really go out drinking so other than going for a walk and shopping, I rarely leave the house.

“It’s great to have the choice to be able to do more, but I’m still a bit cautious. I will feel more confident when we are in Phase 2.”

Paul Head said the highlight of the last week has been catching up with friends.

“My work means I’m always on the internet and social media, so I’ve been keeping in touch, but being able to meet up, even for an hour for a pint has been fantastic.

“The first time in a bar, well outside, felt quite strange after two months, but it was good to feel a bit more normal.” 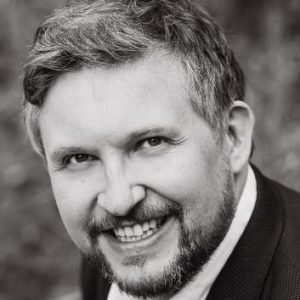 Family mediator Stuart Hanson won’t be rushing out in Phase 1 having contracted coronavirus and being bedridden for three weeks.

“The virus is still out there and I will be taking the same precautions as before, everybody should. I spent three weeks in bed, it was horrible. I was exhausted, it was mainly massive fatigue and shortness of breath, but I’m young, fit and healthy so it was a huge shock. What worries me is catching it again.

“We live in a beautiful little village near Altea and have noticed a lot more people about. But at the moment there’s no vaccine and no real treatment for coronavirus, so I’ll be staying in for the time being.

“I think until there’s a vaccine, it’s the least we can do for society.” 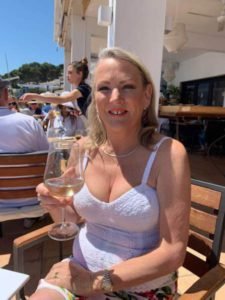 Sue Nutbrown, President of Guardian Angels which supports single parents, is continuing to do what she has been doing throughout lockdown, supporting others.

“Guardian Angels can’t go into lockdown, and in fact during this period we have taken on new clients and and we will continue to support our existing members.”

She will also have time to meet friends made during lockdown.

“On the first day of lockdown, knowing loneliness would potentially be a major factor for people, I set up a Facebook group called ‘Beat the virus and cabin fever’. It’s a discussion group sharing jokes, memes, competitions and genuinely bringing people together and new friendships have been made.”