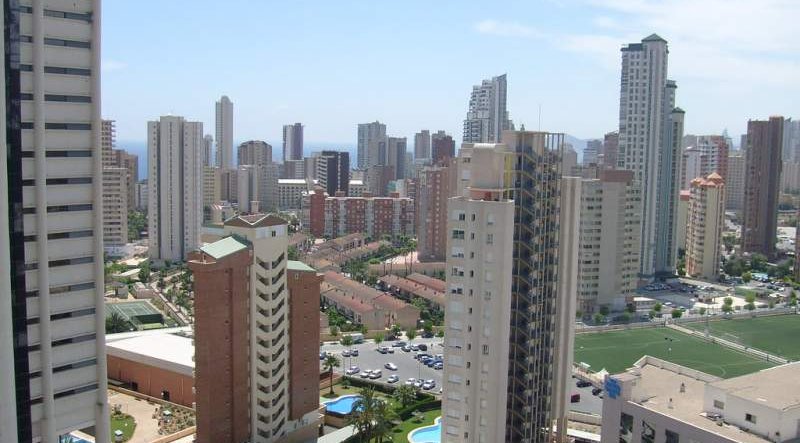 Costa Blanca business and hotel community has made no secret of its desire to progress ‘phase by phase as soon as possible’ but say the regional government’s decision not to ask for the Valencia Community to go into Phase 2 on Monday ‘must be supported.’

VALENCIAN Health Minister, Ana Barceló, confirmed yesterday (May 19) that the regional government will not request a move into the next stage of de-escalation but will wait.
Barcelo said the decision has been adopted for “prudence and responsibility” as she considers that the Community is “not prepared to go to Phase 2.”
That means that Benidorm, which is in the Marina Baixa health department, as well as Torrevieja and Orihuela will have to wait an extra week to go forward, despite moving into Phase 1 nine days ago, whilst health areas based around Alicante and Elche had to wait Monday, May 18.
The autonomous employers’ association, CEV, and other sector organisations have made no secret of their desire to “pass from phase to phase as soon as possible”, but, above all, as a whole.
They believe this is the best way to “reactivate the economy”, but accept that if the health data of the Conselleria advises to wait one more week, the decision must be supported.
President of CEV Alicante, Perfecto Palacio, said “we would have liked to move to Phase 2 on Monday” and had asked for the request to be made “because the data on the control of the pandemic are positive and we think that the province of Alicante, and the Valencian Community, were in a position to move forward.”
If the Ministry had asked to move onto the next level, as a whole Community, Alicante and Elche would only have spent a week in Phase 1, not the stipulated 15 days.
Reiterating the words of Barcelo, Palacio asked for prudence, and said “we bet that the whole province will advance as soon as possible, because it is essential to revive the economy.”
And CEV has made it very clear the best way forward is as a Community, not split up as in Phase 1, pointing out “it is essential that we are all at the same level not to create two speeds, torts or unfair competition.”
President of the Chamber of Commerce, Industry, Services and Navigation of Alicante, Juan Bautista Riera said he regretted the confusion generated over the splitting of health areas and provinces, and said “the best thing is that we move forward at the same level” and for “health and economic conditions to be on equal footing.”
Toni Mayor, President of Benidorm and Valencia hotel employers’ association Hosbec also believes that interprovincial mobility is crucial to the future of the sector, and by June 22 – not just within the Valencian Community, but across Spain.
He said the aim is to have the hotel sector running by the beginning of July “and with a significant percentage of performance.”
The objective is that they have the capacity to take reservations, with the health security systems and protocols in place so that, “the national tourist, at least, can visit the Comunitat Valenciana.”
Hosbec’s ultimate desire is that European borders are opened, but Mayor accepts that this depends on an international agreement and that countries “would need to be in the same health situation in terms of the pandemic.”