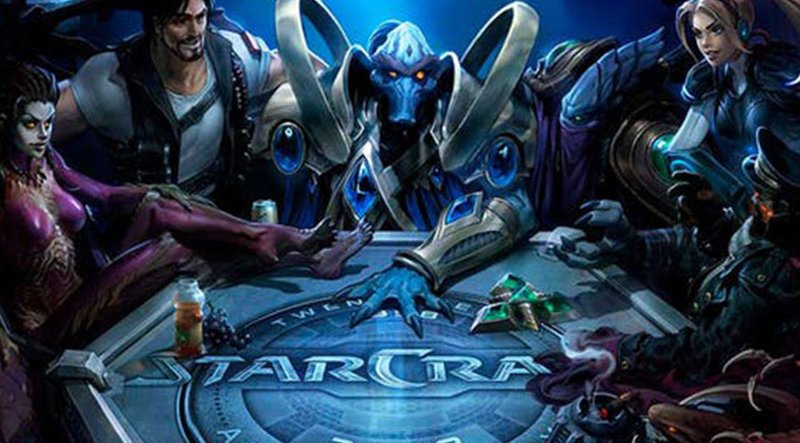 Starcraft, a game franchise focused on military science fiction, is owned by Blizzard Entertainment. Blizzard had Starcraft in the works since 1995 and finally released the first version in 1998. Since the release, the game franchise has seen nothing but tremendous success.
The most recent version of Starcraft, named Starcraft: Remastered, was released in 2017 and received rave reviews, which further sealed Starcraft’s top position as one of the titans of its genre.
If you’re new to the game or you’re just interested in how Starcraft became a household name, this article will provide you with additional information about the game franchise.

The first version of Starcraft in 1998 was released for Windows, with a version for Mac OS the following year, and finally for Nintendo 64 in 2000. The game’s story revolves around two alien races and their battles for survival in a distant part of the Milky Way galaxy.
That’s not all the game has to offer — additional storylines and secret missions are added to the game, meaning the players never lack a challenge. Extension packs, like Brood War, are a big part of the game and most avid players cannot resist adding more action-filled tasks.
It didn’t take long for Starcraft to receive its much-deserved acclaim, winning multiple awards and being described as “the best real-time strategy game ever made.”
IGN, a video-game and entertainment website, placed Starcraft at the number seven position on its list of best games of all time in 2003 and 2005, and eleventh place in 2007.

The 2017 remastered version features ultra-HD graphics, newly recorded audio, and an innovative set of online features provided by Blizzard. Professional Starcraft players playtested the new version for one year.
Both the original game and its expansion pack Brood War were updated and praised for keeping the old-school essence of the game intact. The gameplay was preserved and presented in 4K graphics and 1080p visuals.
IGN, Softpedia, and AusGamers all gave Starcraft: Remastered 9/10, while Metacritic’s average score was 85% with “generally favorable reviews.”

A sequel to the original game became available to players in 2010. However, the game was split into three parts including the base game — Wings of Liberty, an expansion pack — Heart of the Swarm, and a detached expansion pack — Legacy of the Void.
The sequel did not disappoint; critics praised the improved storyline and engaging gameplay. Over 15 well-known critics and aggregator websites gave Starcraft II a score higher than 9 or 90%.
The game’s sales went through the roof in the first four weeks after its release. Starcraft II became the fastest-selling real-time strategy game, having been sold in over three million copies worldwide.

Since its release, Starcraft II became a hugely successful e-sport, with various tournaments and prize pools worth over $200,000. Starcraft II has multiple leagues and talented players who regularly face each other in many competitions organized by third parties.
Starcraft betting is an excellent way for enthusiastic fans and players to be part of the competitions without actually being involved. Many online reputable betting sites offer Starcraft II as one of their main e-sport events.
Blizzard Entertainment had its own tournament — The StarCraft II World Championship Series. The championship ran for seven years, from 2012 to 2019. Unfortunately, Blizzard decided to end the series in favor of a new professional circuit, the ESL Pro Tour StarCraft II.
The overall format stays the same, so bettors don’t have to worry about any unpredictable changes — the process will remain unchanged.