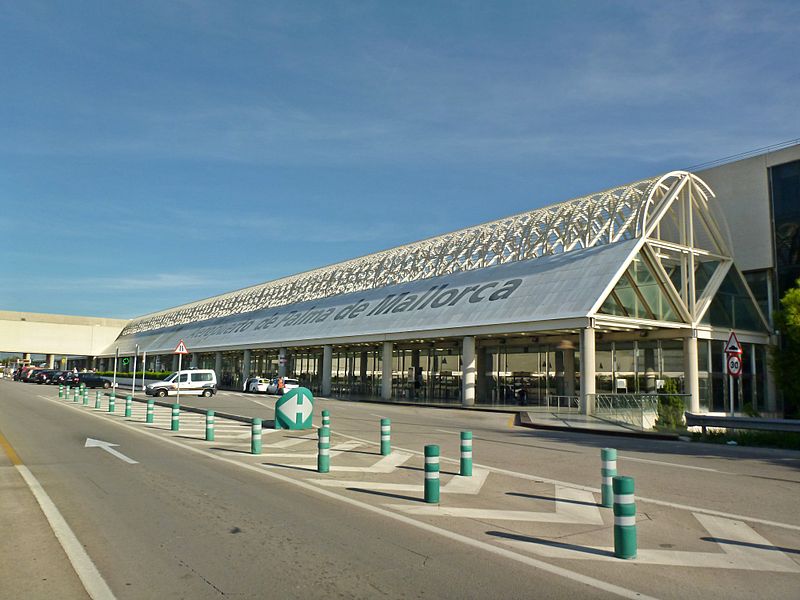 BARRED: Seven travellers arriving at Palma on flights from Germany have been turned back since Sunday. CREDIT: wikipedia.es Wusel 007

POLICE at Mallorca airport refused entry to a mother and her small daughter arriving on the island on a flight from Germany on Tuesday afternoon on the grounds they had travelled to Spain for no good reason.

The woman told officers checking arrivals at Palma’s Son San Joan that she had been planning to go on to Valencia with her two-year-old to pick up another family member and to go from there to another country, Spanish press reported.

However the police put the mother and daughter on a plane back to Germany.

The day before police prevented three German nationals on a flight from Cologne from entering Spanish territory. They were also forced to return to Germany later in the day.

The same thing happened on Sunday with two other Germans.

Under the national government’s most recent travel restriction measures, foreigners are only allowed to travel to Spain for reasons of work or to return to their normal place of residence.

Those who are allowed into the country must comply with the compulsory 14-day self-quarantine order, which came into effect last Friday May 15 and which is due to last until the end of the State of Alarm.

Also on Tuesday, Guardia Civil stopped a passenger from boarding a flight going from Palma to Madrid and another person from travelling by ferry from Alcudia to Ciutadella in Menorca, again for not having a justified reason for making the trips.