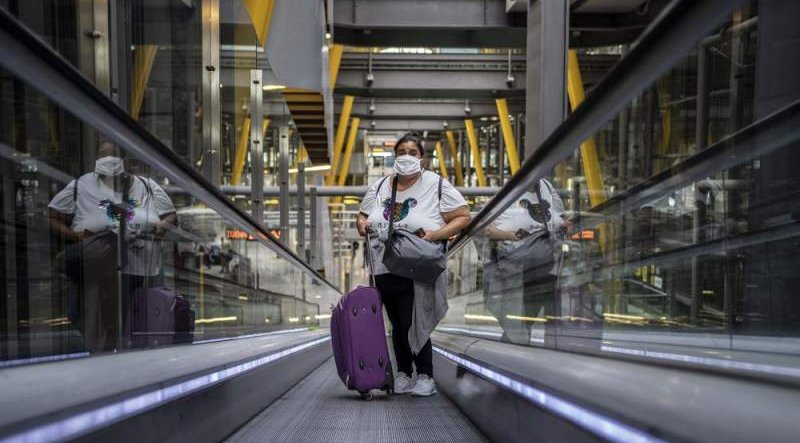 Spain has undoubtedly suffered more than some of the other member states during the global crisis. However, now its tourism sector is taking an even larger hit as the country has become the European nation which most restricts European tourism leaving coastal regions which heavily rely on this sector and international markets, such as Costa del Sol and Costa Blanca to fend for themselves.

Closing borders with member EU states is a measure which most countries affected by the virus have had to adopt in order to stifle the propagation of the coronavirus and keep transmission rates under control. However, we are now witnessing a gradual reopening of these borders across the continent albeit at different speeds and under different measures or circumstances.

For example, Germany has announced that it will be gradually reopening its borders until June 15 allowing tourists to come and go as they please. In Greece, where tourism makes up for a fifth of the economy, they will similarly recommence with international flights from July 1, but hotels and the hospitality sector will have kicked off in mid-June. Nevertheless, both Greece and Germany have had a relatively well managed and controlled slither of the pandemic in comparison to say Italy or Spain.

Italy has been in a very similar situation to Spain and, in fact, has been the country which Spain has looked towards for guidance when managing the crisis. Spain has followed in its footsteps for a majority of its political trajectory especially towards the beginning of the crisis as they have now diverged massively in techniques.

Even in regard to tourism, these countries have deviated as one is taking a risk and the other prefers to play it safe. Not only has Italy decided to re-allow flights between regions in the country, but it will also open its international borders to flights and tourism as early as June 3.

Spain has been very reserved about the notion of mobility, both from within the country as well as in regard to the mobility of visitors. If individuals in their own country cannot move around, how is the nation expected to welcome tourists from abroad?

On the other hand, Spain has countless restrictions for tourists wanting to enter the country as they fear they may experience another outbreak or worse begin importing cases of the coronavirus from abroad.

To enter Spain, you must first enter a 14-day quarantine before you can go and enjoy the country and make sure your location is known to state forces in case, they must contact you.

Germans are already angry at the fact that many cannot go to their favourite destination, Mallorca, where many have second residences, however the Spanish government has stated that it would not be fair to allow a foreigner to come in to their second residence when a Spanish national cannot travel across provinces to their own second residence.

Other regions like Costa del Sol and Costa Blanca are also not happy with the government and their treatment of the tourism and hospitality sector which accounts for 12 per cent of the national GDP. These regions rely heavily on the flow of European tourists for the probability of their businesses and this hospitality sector is one of the backbones of employment on the coasts.

An increasing amount of national debt coupled with the closing down of businesses in the hospitably sector and subsequently the loss of jobs is a recipe for disaster. However, the decision to reopen borders and welcome tourism is not as clear-cut as it may seem, as Spain has suffered the thousands of losses due to the virus and cannot risk going back to square one.