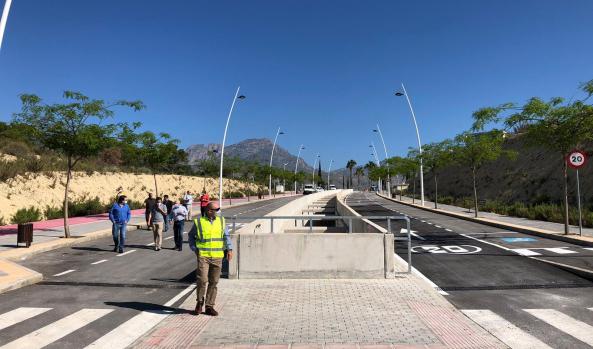 Benidorm has opened up more of the popular Costa Blanca resort for walking and sports only.

MAYOR Toni Perez, said the pedestrianisation scheme in the west of the town “comes at a time when we are promoting the generation of new pedestrian areas to be used for walking and sports in safe conditions during the time slots authorised by the Spanish government.”

The two new zones offer 2,400 sqm of pedestrianised walkways, to add to 200 metres of bike path and around 15,000 sqm of green areas in Avenida Vicente Pérez Devesa, between the In Tempo building and Avenida Guatemala, which came into service last week.

Pérez, explained the work was completed some time ago, but the Regional Ministry of Industry has now “authorised the electricity supply to provide public lighting and, consequently, the opening of the new sector can be carried out with all the guarantees.”

He added: “In the last few weeks we have pedestrianised the Avenida Armada Española, the final section of the Calle Sant Pere and Calle Greco, and opened the new roads such as Avenida Guatemala and Avenida Rajarell in front of the promenade.

He added work on the 2/1 Poniente Partial Plan, “will begin in the next few months and will make it possible to complete the Avenida del Moralet and the Poniente urban area between the seafront promenade and Avenida Vicente Pérez Devesa, considerably improving the connection between the two areas.”