Olivia’s in La Cala de Mijas reopens! & We all have to support each other! 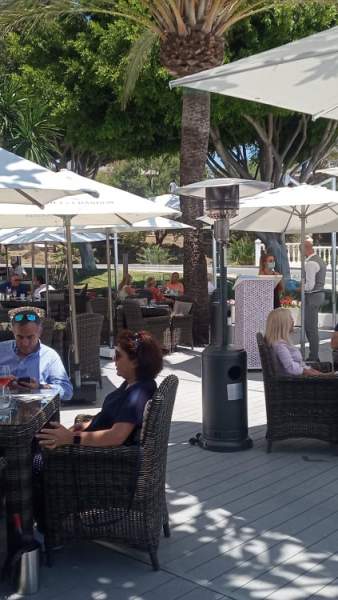 A positive start for Olivia's

AS Elliott Wright was able to reopen his beautiful venue again, this Monday, May 18, Euro Weekly News decided to go down and pay a visit to see how things were going for him!

Just like it has been for everyone, the pandemic has been a scary time for Elliott and his staff. He relies on seasonal tourism and had spent the winter refurbishing his lovely venue, ready for the high season. Olivia’s had only been open a week when the lockdown was announced, meaning that they had to close again! With nobody knowing what might happen in the near future, it was worrying for his 30 year-round staff, and perhaps more so for his 60 seasonal staff, who effectively live off the summer trade!

Now that Elliott has been able to open again, it has been a huge relief! Many venues are still waiting to open, as they aren’t sure whether opening up is economically viable yet. But the staff were, of course, relieved to hear Elliott’s decision, and there has been a lot of positive feedback. Elliott told us that the community has really come together, and the local support has been wonderful! It was a beautiful sunny day when we arrived, and the customers were slowly trickling in. There were local business owners, such as the owners of restaurants El Torreón, La Familia, and even local celebrity chef – Steven Saunders – owner of The Little Geranium. Elliott said that he would, of course, be reciprocating by visiting other local businesses such as Biddy Mulligan’s Irish bar, which also opens today, Friday, May 22.

We asked Elliott how the venue was dealing with the current climate, and what incentives there would be for his clients?
We could see for ourselves, upon arrival, that the staff were providing clients with sanitiser, and taking their temperatures. All of the staff were also equipped with gloves and masks. Elliott told us that for now, he would open every lunchtime during the week, and also evenings at the weekends! Every lunchtime, clients can expect a live DJ and half-price cocktails! Parties/events have had to be re-arranged, but he expects (fingers crossed) to be holding bigger events from July through to October. Olivia’s cannot, of course, issue an official calendar of dates yet, but Elliott has a few tricks up his sleeve, and they definitely still want to hold their annual White Party!

Elliott told us that he is hoping that the quarantine regulations will be lifted in the not-so-distant future, to not only bring back the tourism but to make it easier for those with second homes. Elliott himself will not be going back to the UK for some time, as it is too complicated and time-consuming. He would love to be able to nip over and see his kids, but it is just not viable at the moment with the long quarantine measures, especially when trying to run a business.

On the plus side, Elliott tells us that he thinks this scary time has brought us all closer together, that there is more unity in the world. So many people are working together, and supporting each other. He says that he can only hope that the world will be a nicer place when we come out the other side.
We do too.