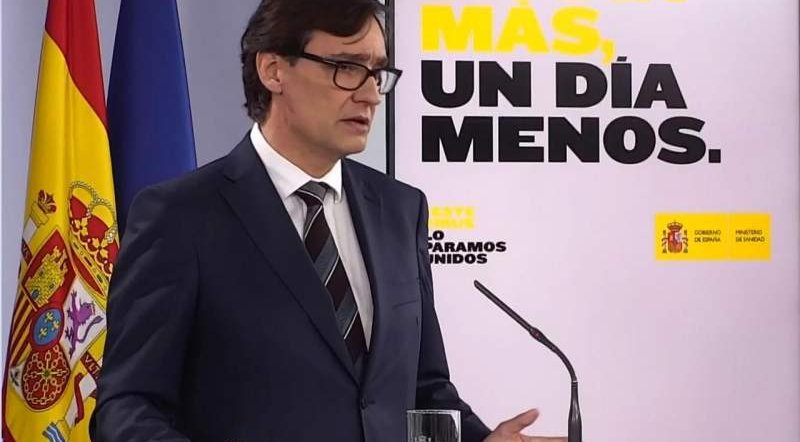 Health Minister Salvador Illa has reassured the nation that the Government has no intention of bringing back the State of Alarm. CREDIT: Ministry of Health

Upon hearing that both Granada and Malaga have been denied access to Phase 2 of de-escalation, along with the other six provinces next week, the Junta of Andalucia hit back at the Government, demanding that it reconsider and rectify its mistake.

THE Junta urged the Ministry of Health to “immediately rectify” its position to allow Granada and Malaga access to Phase 2 with the rest of the province on May 25. Andalucia’s health counsellor, Jesús Aguirre, stated that the Ministry of Health’s decision goes against the reports and advice sent through by the region’s health authorities, as well as the criteria set by the Government’s own experts. According to Aguirre, Andalucia’s Covid-19 health statistics are much better than many other regions, and has therefore demanded an “immediate correction” from the Health Minister Salvador Illa.

Although the Ministry of Health has explained that each region/territory, must stay in a phase for a minimum of 14 days, Aguirre has pointed out that this “order” is actually not published in any official statement or documents outlining requirements on conditions that need to be met to access the next phase, highlighting a serious “legal technicality”.

According to the Junta, all the provinces in the region, including Malaga and Granada comply and meet the set conditions to enter the next phase. For example, the Government’s criteria states that the rate of new Covid-19 cases must be under 10 per 100,000 inhabitants. However, Granada’s rate of 4.26 and Malaga’s 2.65 are well below that set target. The average rate for the whole of Andalucia is 2.71 – which is also well below several territories, such as the Basque Country, Aragón, Asturias, Cantabria, Catalunia, Castilla and León, Valencia, Baleares, Extremadura, Navarra and La Rioja – “some of which will enter Phase 2 next week”, pointed out Aguirre.

“With results like this we do not share Illa’s decision to deny Malaga and Granada to proceed to Phase 2 with the rest of Andalucia,” stated Aguirre, and urges the Health Minister to rectify his mistake “immediately”.