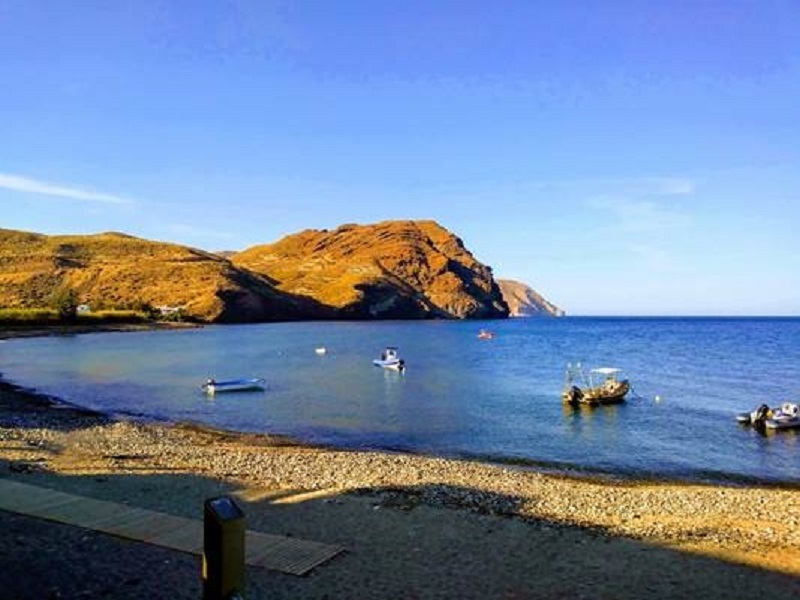 WARNING: “Anyone putting their towel down on the sand to sunbathe” just now could be hit with a fine, the Mayor pointed out CREDIT: Ayuntamiento de Nijar

SWIMMING and sunbathing on Nijar’s spectacular beaches is still not allowed for the moment, the local council has announced.
The Spanish Health Ministry confirmed today that the whole of Almeria province will progress into the second phase of the lockdown de-escalation next Monday, which allows for the reopening of beaches. But Nijar’s local authority said the prohibition on access to municipal beaches will remain in place until the Junta de Andalucia provides details of the applicable health and hygiene safety measures aimed at preventing the spread of coronavirus infection.
The administration clarified that beaches remain an area subject to state of alarm restrictions and that moving into the next phase of the easing of lockdown restriction does not mean free access to beaches as before the crisis.
Nijar Mayor Esperanza Perez Felices said she understood that people were really looking forward to taking a dip and catching some rays on the beaches once again, but stressed “it has to be made clear the beaches are still not open.”
The Mayor said it depended on what regulations the regional government established, adding that she assumed the Junta was following Health Ministry recommendations.
She also warned that “anyone putting their towel down on the sand to sunbathe” for now could be fined.
Perez Felices asked the public for their “understanding, patience and prudence”, promising it will not be long before they will be able to enjoy the beaches once again.
In the meantime, the council has approved the plan for its 30-strong team of lifeguards for the beaches of Agua Amarga, Las Negras, Isleta del Moro, San Jose and different coves in the Cabo de Gata Natural Park this summer.
They are due to start providing a service on June 5, but the council said the specifics of procedures will be dependent on the eventual regional government regulations.