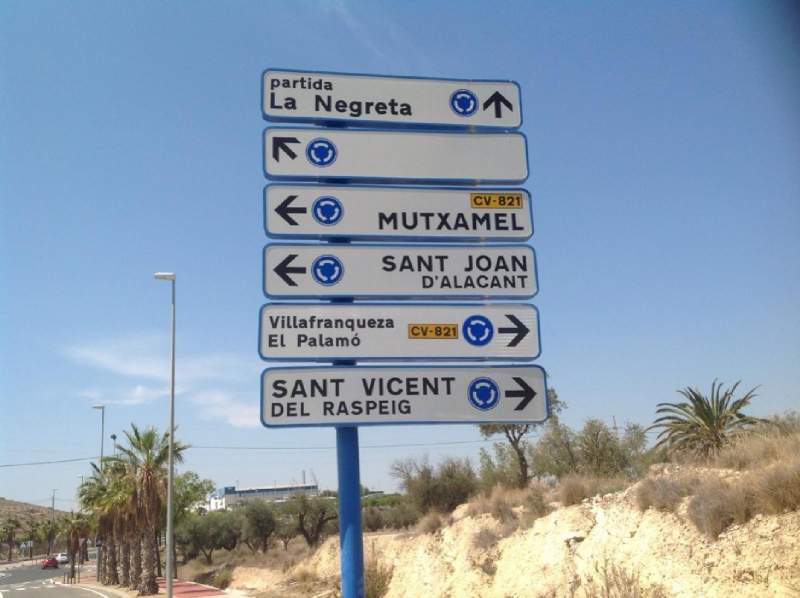 DANGEROUS: Stretch of the CV-821 among top 5 most dangerous conventional roads. CREDIT: Wikiloc

An Alicante road on the Costa Blanca is one of top five accident hotspots in Spain according to new survey by the Linea Direct Foundation.

THE study places a section of the CV-821, which runs from San Vicente del Raspeig to Santa Faz, among the most dangerous in the country.

Parts of the CV-821 has one of the highest concentration of accidents on conventional roads, according to data from 2018.

The section from kilometre 5 to 8 registered 11 accidents with 11 victims, all of whom were slightly injured, according to the report.

The study calculates average daily traffic intensity and the accident rate and points out that the road in Alicante “crosses urban areas with the consequent risk for pedestrians, has incorporations and crossings, limits between 50 and 80 km/h and high traffic of motorcycles.”

The report ‘Conventional roads: the black hole of road safety,’ which also uses data from the Directorate General of Traffic (DGT), and has also analysed “the exceptional situation in 2020 generated by the pandemic.”

It suggests the number of deaths on conventional roads as a whole in 2020 will be reduced by approximately 27 per cent, with nearly 600 deaths compared to 800 in 2019 on this type of road, “due to the impact of the Covid-19 pandemic on mobility.”

Data from the DGT shows that between March 15 and May 18 of this year, mobility was reduced by around 70 per cent and the number of deaths at the wheel dropped by 67 per cent.

However, the report estimates that “the recovery of mobility will also bring an increase in traffic accidents in the coming months, especially on conventional roads.”

An increase in holiday traffic as things return to normal will also have an impact, according to the study, as “there will be more domestic and domestic tourism trips than in previous years due to the difficulties of going abroad, with a likely rise in the use of private cars.”

In the last decade there have been a total of 237,190 accidents on conventional roads in Spain (64 per cent of all accidents on interurban roads), with a 10 per cent rise in the last five years.

These accidents have claimed 10,446 lives, with the number of serious injuries higher on secondary roads, representing almost three quarters of the total recorded on interurban roads.

The months from June to September see the highest number of accidents.

By autonomous community, as a whole there are more fatalities on the roads in Catalonia.