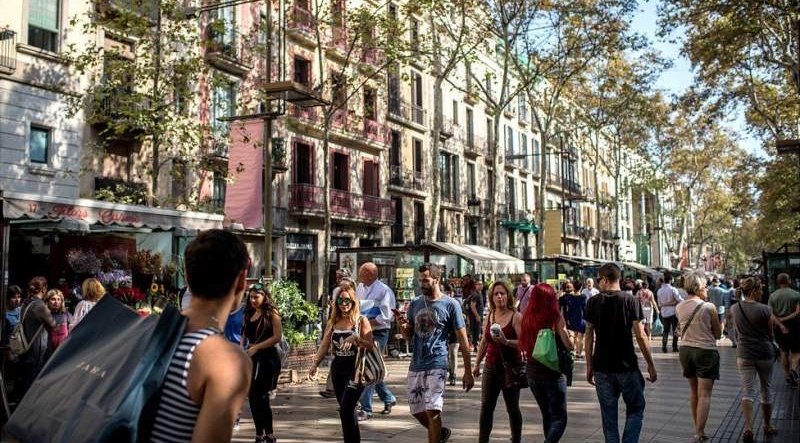 THE community of Madrid in addition to all of Castilla y León, officially moved into phase 1 of the de-escalation containment measures for the coronavirus today but already there are problems.

Madrid has been the community hardest hit by the expansion of the coronavirus, with approximately three out of 10 of the more than 233,000 infections and practically a third of the 28,000 deaths in hospitals registered throughout Spain, as revealed by statistics from the Ministry of Health.

The rate is even higher if you add the 4,554 deaths in residences, 848 in homes, and 24 deaths in other places, such as on the street, according to the Madrid Health Service, the total number exceeds 14,000 deaths from the pandemic.

From as early as 8am this morning the streets of Madrid started to fill up with residents eager to venture outside for the first time legally in over two months. Passers-by were amazed to witness that hardly anyone was wearing a mask and were also astonished to see the blatant disregard of the strict Phase 1 lockdown laws.

One local shopkeeper posted on social media: “Unbelievable, we stuck it out for months to get to this stage and no-one cares now, they think the virus has gone so it doesn’t matter. I can only allow a few people at a time in my shop but there was a small crowd waiting outside for me to open this morning, I didn’t know what to do so I had to let them in and close the door as I didn’t want a fine. I am a ferretería but was asked for masks and gel, i don’t sell that stuff, apparently, there is a shortage in Madrid of masks, probably why not many people wearing them!” 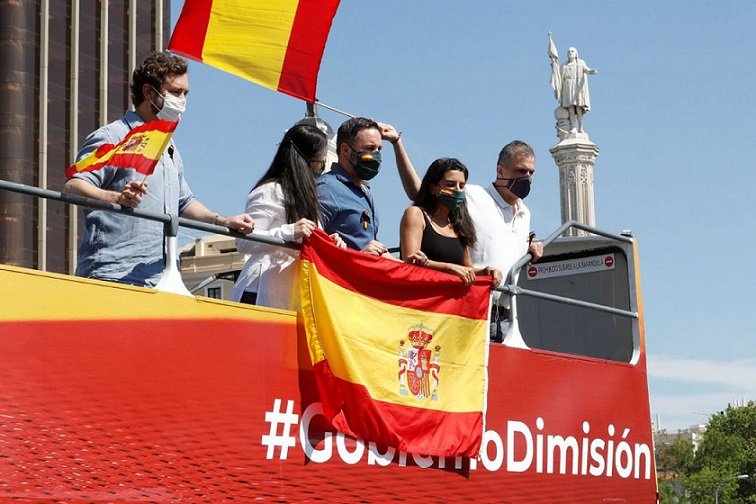 Protestors across Spain took to the streets in their vehicles at 12pm Saturday, for a demonstration organised by the far-right Vox party against the Spanish government’s handling of the coronavirus crisis.

In Madrid, around 6,000 cars brought the streets along the route of the demonstration to a standstill, according to figures supplied by the central government’s delegation in the Spanish capital. The occupants of the vehicles waved Spanish flags and honked their horns, the same demonstration took place in the centre of Malaga, as reported by us at EWN.