Return to the skies: flight between Spain holiday islands Mallorca and Menorca ends 56 days of no Air Nostrum operations 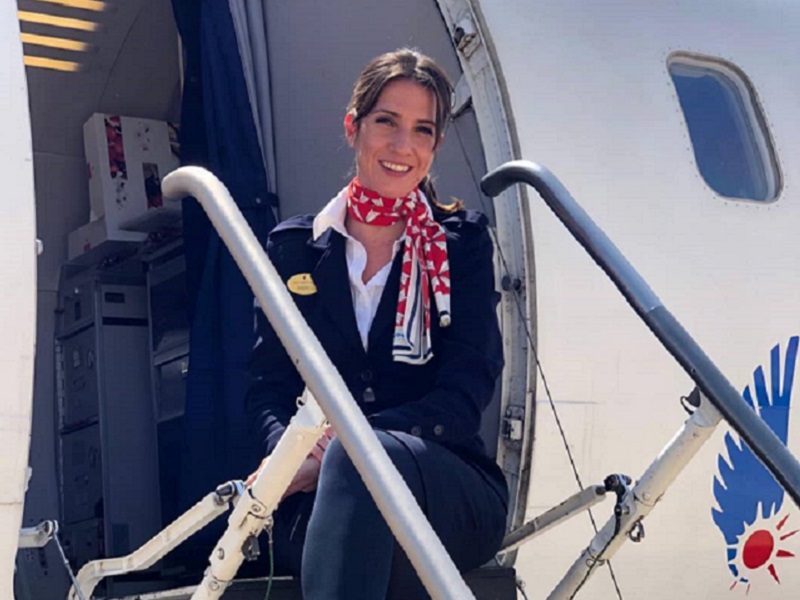 A FLIGHT between Spain’s holiday islands Mallorca and Menorca brought a 56-day stretch with no Air Nostrum services to an end.

The CRJ 1000 flew from Menorca to Palma’s Son San Joan on Sunday evening with 13 passengers on board, all of them wearing face masks, the airline reported.

“I was really missing flying. I really wanted to get on a plane, take off and change city”, Air Nostrum quoted crew member Sandra as saying

Cabin crewmate Ana clearly felt much the same, commenting, “I was really looking forward to it!”

She added, “Everyone seemed happy to see us: the flight crew, the airport staff and the passengers themselves.”

Ana said she believed inter-island services are a good way to return to operating since the flights are short and many of the passengers are frequent flyers.

This had the advantage that it is not necessary to do much talking, Ana pointed out, while Sandra admitted that with passengers’ faces half covered it had been difficult to recognise some regular clients.

The airline’s return to the skies after nearly two months has been coordinated with the Balearic government. The initial programme is for daily connections between Mallorca and Ibiza and Mallorca and Menorca.

Air Nostrum, a franchisee of Iberia, suspended its services for the first time in the company’s history on March 28 in accordance with health authority guidelines on trying to contain the spread of the virus.