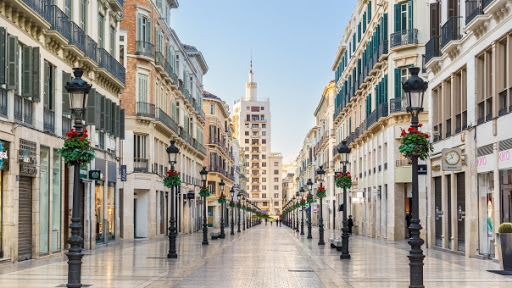 Controlling Mobility: The real reason Malaga and Granada were held back in Phase 0. Credit: Malaga Turismo.

The Ministry of Health in Spain has recently released the criteria and the decision-making process behind the choice to keep Granada and Costa del Sol’s Malaga in Phase 0 of the de-escalation plan whilst allowing other areas to move forth to Phase 1.

The transition towards the ‘new normality’ in the provinces of Granada and Malaga have fallen behind the rest of their Andalucian neighbours as they have been held back for an additional week.

The technical document explaining the decision to do so has cited that there was an “elevated” rate of transmission in the last 14 days within three sanitary districts and also because they “could not guarantee controlling the mobility between these districts”.

The Andalucian Junta was the first to request that all provinces move onto Phase 1 on May 11 with several restrictions on the two health districts in Granada – the capital and metropolitan districts – and one health district in Malaga, as all three of these areas showed a higher incidence rate in regard to positive PCR tests per 100,000 inhabitants.

Although the “epidemiological situation” in Andalucia had evolved and showed a “Favourable trend in the control of virus transmission” the incidence rate amongst those three specific districts was relatively “high during the last 14 days” and therefore the central government decided it would be best to continue monitoring and revaluate the situation again in the following week.

The Malaga health district had an incidence rate in the last 14 days of 15.1 per 100,000 inhabitants, with 95 new cases diagnosed by notification date.

Finally, the week after at a re-evaluation both of the provinces had shown a remarkable evolution in the rate of coronavirus cases. In Malaga, the accumulated incidence over the last 14 days had dropped from 7.2 to 3.8 per 100,000 inhabitants, and during the last week this number reached 1.5 per 100,000 cases, with only 26 new positive coronavirus cases.