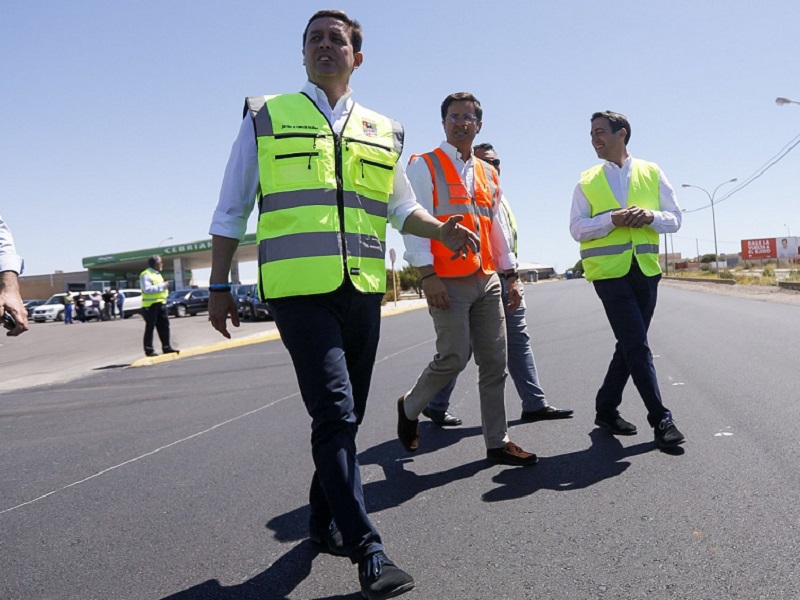 SPEEDED UP: The pIovincial administration wants 24 of the projects underway as soon possible to help mitigate the impact of the Covid-19 crisis CREDIT: Diputacion de Almeria

ALMERIA’S highway network is set for major improvements under a multi-million euro investment plan, the provincial government has promised.
The Diputacion de Almeria is putting a total of €17.2 million into 58 road maintenance and modernisation projects across the province over the next three or so years.
The administration says the result will be greater highway safety, better access to and communication between the different municipalities, and improved traffic flow on the 1,200-kilometre network.
This, Diputacion Vice-President and Development deputy Oscar Liria commented, makes the transport of provincially produced goods easier and makes visiting Almeria’s towns and villages more attractive.
The works will include repairs and making the roads more weather resistant, drainage optimisation and resurfacing.
The expected investment in the works for 2020 comes under the Diputacion’s ‘Programa Acelera,’ one of six programmes making up its €54.8 million ‘Plan Almeria’ for the social and economic recovery of the province from the hit dealt by the coronavirus crisis.
The provincial government reported it had speeded up the process for getting 24 of the projects started so that they can get underway as soon as possible this year and help bolster employment in the construction and associated sectors and mitigate the impact of the health emergency.
According to Oscar Liria, Plan Almeria also contributes towards “making opportunities between Almeria residents equal, independently of where they live,” and helps prevent depopulation in some smaller, inland localities.
Among the municipalities where the road improvements will be carried out are Cantoria, Arboleas, Antas, Oria, Velez-Rubio and Velez-Blanco, Maria, Cuevas del Almanzora, Roquetas de Mar, Albanchez, Carboneras, Bedar, Chirivel, Taberno, Lubrin, Los Gallardos, Turre, Mojacar, Garrucha, Albox and Huercal-Overa.