Baffled Brit Boozers are Back! The Costa del Sol’s ‘dysfunctional duo’ are already in a fix and getting fined by Spanish Police over their beach antics 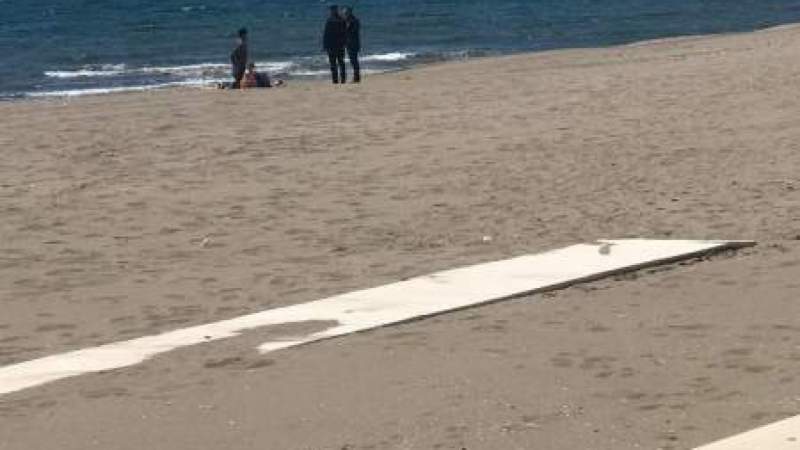 British expats Alan Campbell and his drinking buddy Sue Holmes managed to attract the attention of the Local Police in Fuengirola by setting up ‘home’ on the beach!

IT didn’t take long to track down the ‘local celebrities,’ I merely drove from Carvajal, at the top of Fuengirola’s paseo, and with a minute, I spotted them in their usual position, which is asleep and horizontal, and that was at 8.30am this morning!

“Morning Tony,” shouted Alan, “You will never believe what happened to us,” I thought to myself that I would believe anything he is about to tell me…

“Me and Sue got locked out of the hostel last night so we slept on the beach – I thought with the new phase thing we could – but we got fined instead – bloody €300. The thing is, where are we going to go to the toilet now when everyone is shut? We both walk into the sea for a widdle, who doesn’t? It cools us down in the summer, but now you can get fined for it, I just realised something though, how do they know if you are having a wee in the sea?”

I have to say, he has a point!

“The copper gave me a pink sheet of paper with some scribble on it, at the bottom, it just had €300,”  said Alan. “He never asked for any ID, good job as all I have is my 30-year-old-driving licence.”

Sue piped in, “You nutter, I told you we shouldn’t, why didn’t you listen to me? We could have slept in the doorway at Pepi’s like we normally do after a session! If it wasn’t that you are intercontinental we would have got to the hostel in time.”

“Intercontinental”? I asked Sue: “Well you know, he needs the loo every 10 minutes bless him.” Alan swung around, “What did she say? cheeky bugger, if it wasn’t for her *flaterlanze we could go back in the karaoke bar, she loves her Whitney Sue does.”

“Looks like the cleaning work is coming back, agents got a few bookings but now they told us we need to do a course or something so it’s deep cleaned. We will deff have to charge more for that, at least another €20, more money to spend on drink, great!”

When asked about the mask situation things got even more bizarre. “We got that sorted,” said Alan. “We found tons of them on the paseo, I know what you’re going to say but we washed them properly in the sea, we aren’t that daft”.

At that, Sue nudged Alan and gestured towards their favourite cafe – it was of course time for “Two Large English and a Pint,” after all, it was 9.30am in the morning and i left them to waddle off into the distance, bless! TW

*for the observant amongst us, the word “flaterlanze” is NOT in the Oxford dictionary…