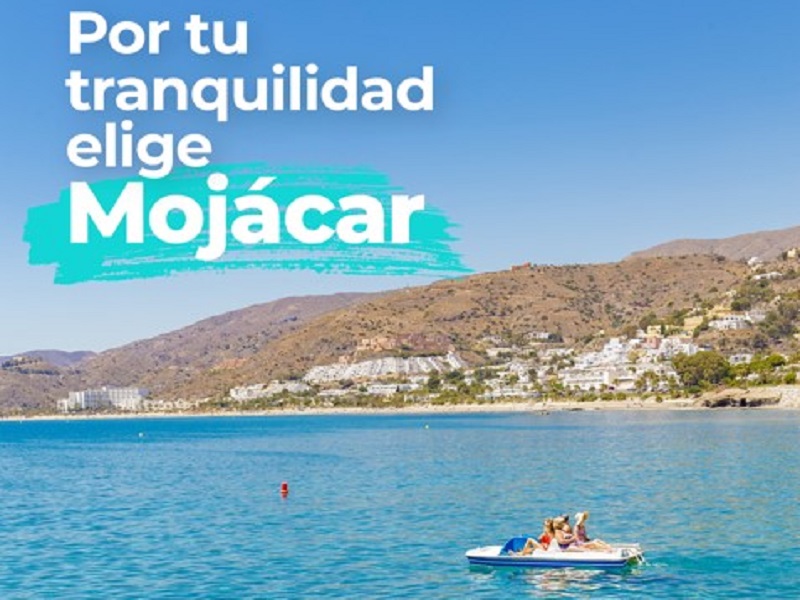 FOCUS: The council wants to project an image of Mojacar as a safe choice in the new Covid-19 world CREDIT: Ayuntamiento de Mojacar

MOJACAR council is promoting the coastal locality as a safe destination in the new Covid-19 world to encourage Spaniards to make it their summer holiday choice.

Its new marketing campaign is aimed at luring visitors from other parts of Spain under the slogan, ‘For your peace of mind, choose Mojacar.’
The local authority ran an advance of the campaign on social media to coincide with the reopening of municipal beaches on May 25, and is now rolling it out in full, both on and offline.
The administration said it is confident of attracting more than two million hits on the web.
The campaign highlights a series of the locality’s selling points, from the historic and picturesque Mojacar village, to quality hotels, dining and shopping, and a range of sport and leisure activities.
Inevitably the 17-kilometres of coastline are one of the main focuses of the campaign, and which the local administration points out are “never seem crowded, even in the peak of high season.”
The council maintains that from the first moment the Spanish government declared the state of alarm it has been “putting out an image of a municipality which is under control, coordinated, and more than anything else, safe”, and that is precisely the image it wants to reinforce and send out to potential visitors in the national market.
The campaign includes a slick promotional video.
“This year more than ever, the time has come to make up for lost time”, it tells viewers.
Where international tourism is concerned, the council made it clear that as soon as there if official confirmation of international borders reopening and firm dates for the first flights to Almeria airport, or to neighbouring Murcia and Alicante, it will launch the second phase of the campaign directed at the foreign tourist market.