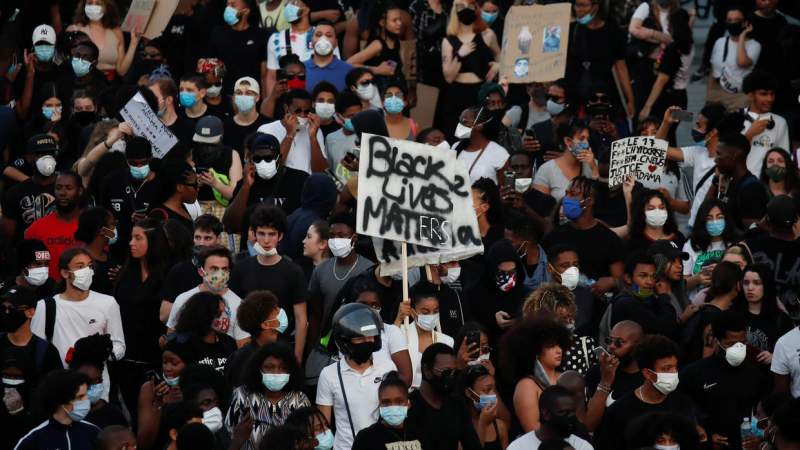 A PARIS protest got out of control on Tuesday afternoon when police clashed with protesters rallying about the death of a black man who had been in police custody in 2016.
The protest included 20,000 people and occurred at the same time as demonstrations of a similar nature sweep across America against racist police violence.
Adama Traoré’s death four years ago has been a rallying cause against police brutality in France and the demonstration, fuelled by the release of two conflicting medical reports into the cause of death, had been banned by police who said it would impose upon the prohibition of gatherings of more than 10 people due to the health crisis.

The protest started in the late afternoon outside the court in northern Paris before projectiles were thrown and the police used tear gas and fired rubber bullets to disperse the crowd. Flaming barricades were built on the streets using bicycles, bins and scooters that were set alight.
Interior Minister Christophe Castaner tweeted on social media, “Nothing justifies the behaviour that took place in Paris this evening when protests on public streets are banned to protect everyone’s health.”
Adama Traoré’s sister Assa addressed the crowds saying, “Today we are not just talking about the fight of the Traoré family. It is the fight for everyone. When we fight for George Floyd, we fight for Adama Traoré.
“What is happening in the United States is an echo of what is happening in France,” she said.

Traoré, 24, was arrested in a house where he was hiding following an argument about an identity check. One of the arresting officers admitted to investigators that they had pinned Traoré to the floor using their combined body weight. The detainee then lost consciousness and died at a nearby police station, still handcuffed when the ambulance arrived.
In a claim mirroring George Floyd’s case, on Friday, in an attempt to clear the names of the three police officers, medical experts said that Traoré did not die of suffocation, as reported in the original report, but of heart failure brought on by underlying health conditions due to intense stress and drugs in his system.