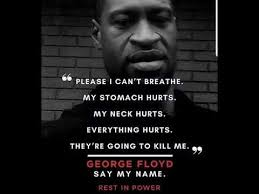 When do disagreements turn from heated debates into abuse?

It’s something I’ve given thought to after an odd experience. I feel quite strongly about injustice to others. I am vocal and Quite Frankly, it sometimes gets me into trouble! If someone expresses an opinion that I find abhorrent, I find it extremely hard not to challenge it. I used to be involved with a few online anti-fascist groups, but I haven’t bothered with them for some time.

It goes back to the days of the BNP, who are now virtually obsolete. The likes of Tommy Robinson and Britain First had their social media platforms removed too, so it seems a little futile these days. I always felt prejudice was something that happened to other people and considered myself in a position of privilege. Then I started writing for the newspaper. A few weeks into lockdown, the editor suggested that I write about my condition–Asperger’s. Something positive to read in difficult times, and for readers to get to know me. I had no problem with it because I’m an open person. I also thought it might help someone who’s struggling like I once did.

Then it came, because of previous disagreements about politics, I think. It was only a handful of people online, but these are the types of things that were said after publication:
“You wrote this for sympathy” and “go away and take your medication”.
I pointed out that I don’t even take medication. I was then told, “you need to, you’re a loon” and, “you’re not Autistic, you’re a Narcissist,” followed by, “you’ve not got Asperger’s because they’re clever and you’re stupid,” and even, “get over yourself and your Autism”.

I was also randomly called a “t**t” for writing about Autistic empathy, bizarre!
This is the first time it’s happened and it’s an eye-opener. I talked about it with a friend and he said it’s Ableist abuse. Is it? I’ve never seen myself as a victim. How do you define abuse? If you’ve disagreed with someone strongly in the past– are the gates open for anything to be said back? Even something you have absolutely no control over- like your race, gender, disability, sexual orientation, etc?

Then something reminded me of an incident with Leapy Lee about a year ago. We’re probably the complete opposites. He wrote an article that angered me and after a debate, I brought his age into it. Is that acceptable? He has control over his opinions, but not his age. I’ve also mocked Tommy Robinson in the past, because he’s very small. Is that acceptable? Even though I find his bullying ways and bigotry repugnant? Probably not. It’s made me think about how I’ve been guilty of prejudice myself. By mocking someone’s age or height.

When I had my Autism questioned and mocked, my first thought was “my God, what if someone else with a condition is reading– it’ll put them off being open”.
Well, the same goes for bringing a person’s height or age into a public debate– it could make others who are the same feel inferior. You’re dragging innocent peoples’ feelings into it. So, lessons have been learned!

Well, as I’m writing this, news is coming in that another unarmed black man in America has died after a brutal arrest. My experience of prejudice, if it was that, seems to pale into insignificance now. Poor man. People question why ‘Black Lives Matter’ needs to exist too! As a society, we still have a long way to go with acceptance.
RIP George Floyd.
I hope lessons are learned from your death, especially from the man at the top- Trump, who has always seemed to excuse racism.