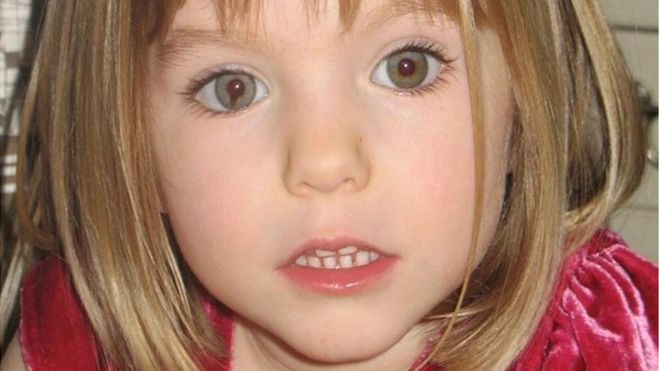 The Madeleine McCann case captivated the hearts of a global audience when she first vanished without a trace from the Algarve Coast in 2003, now 13 years later, the investigation appears to have taken a step forward, as German officials have identified a 43-year-old suspect named Christian Brueckner.

The new suspect in this case which had arrived a standstill has been identified as 43-year-old Christian Brueckner, a German sex offender. The man is around 6ft tall with a slim build and at the time would have had short blonde hair.

According to police sources, the suspect was seen around the Praia da Luz resort on the Algarve coast at around the same time that McCann went missing from her hotel room.

On Thursday, a spokesman for the Braunschweig Public Prosecutor’s Office, Hans Christian Wolters, announced that “In connection with the disappearance of three year-old British girl Madeleine McCann on May 3, 2007, from an apartment complex in Praia da Luz, in Portugal, the Braunschweig prosecution is investigating a 43-year-old German on the suspicion of murder.

Sadly, the police are not entertaining the possibility that Maddie could still be alive as they have admitted that they “are assuming that the girl is dead.”

In regard to the suspect, the police have described him as a “sexual predator” who already had a long history of conviction for “crimes against little girls” and who is “already serving a long sentence.”

The police have noted that Brueckner was living in the Algarve area between 1995 and 2007, the year McCann went missing. During his time in the southern region of Portugal, he worked numerous jobs in the gastronomy business but also had his fair share of involvement in criminal activity such as thefts in tourist accommodations and drug dealing.

The reason why the Braunschweig police is involved is because before the suspect moved abroad to Portugal, his last residence was in Braunschweig.

The German police have made it known that it is highly likely that other individuals are withholding information regarding the little girl’s disappearance which occurred just before her fourth birthday. They have reason to believe that, other than the suspect, other individuals know details about the crime and potentially where her body was left.

The newly named suspect is currently serving a prison sentence for a sexual crime; however this is not his first time, as he has also had two previous convictions for sexual contact with girls. For this reason, the police are not ruling out that her disappearance had a sexual undertone attached to it.


Apparently, the suspect is currently serving a seven-year sentence for the rape of a 72-year-old woman of American nationality which occurred in 2005 in Portugal, however, he was only convicted for this crime last year.

The primary theory is that the suspect could have easily broken into the Ocean Club complex in Praia da Luz, where Madeleine was on holiday with her parents and her twin siblings. She is believed to have been kidnapped whilst the parents were having dinner with some friends.

Another suspicion that police have concerns the 30-minute phone call that the suspect received on his Portuguese mobile around an hour before Madeleine was missing.

This man has also been linked to a white and orange Volkswagen Camper Van which was seen around the resort from 1995 to 2007. Scotland Yard are certain that the suspect was driving the vehicle around the area only days before Maddie disappeared and is believed to have lived in the camper van for days or even weeks.

The vehicle has been seized and there is reason to believe that this was used around the time of the disappearance.

A spokesperson for the McCann’s has admitted that “the police themselves have called this a significant part of the investigation” which after 13 years of no progression feels like a step in the right direction.

He added that in his entire “memory of the case, police have never been quite so specific about an individual as they have been about this individual.”

Not only this but he notes that “allegiances change” and now that “this man is in prison and if he is involved to the extent that it appears, then people should not be afraid to come forward.”

There is a £20,000 reward for any information which leads to the conviction of someone responsible for her disappearance.

Madeleine McCann disappeared when she was almost four years old and last month would have been her 17th birthday.