“The Voices Told Me to Kill My Mother”: Chilling Confession of a Mad Murderer in Costa Blanca’s Alicante 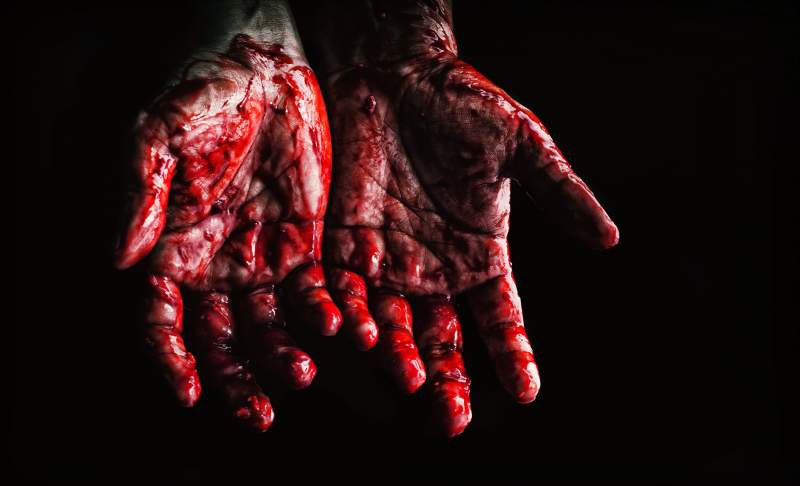 Last Thursday in Costa Blanca’s Alicante a young 30-year-old man was found wandering the streets of San Vicente de Raspeig covered in blood after allegedly stabbing his mother to death. His chilling confession: “the voices told me to kill my mother”.

Although the incident sounds like the movie plot of a horror film, the reality is much more freighting. The 30-year-old man is being investigated for the murder of his own mother, Maria Josefa (67 years old), and the attempted murder of his father, Melchor (66 years old).

However, after hearing the murder’s police statement and corroborating the story, officers worry that he may be faking a psychotic break.

Their son, Jorge, went out at around 8:30p.m. to buy 2 grams of cocaine and €20 of hashish and soon returned home to indulge in his most recent purchase. According to his account, he then began to mix the narcotic substances with an abundance of alcohol, around six beers and an entire bottle of wine.

This is when Jorge claims he began hearing voices in his head: “They told me to kill my mother, my father and then commit suicide”, he explains.

He details that he then saw two hallucinations, on one side he saw an angel who asked Jorge to choose love and peace, on the other side, was a devil telling him to stab his parents.

As the outcome of the investigation reveals, he most definitely chose to listen to more devilish hallucination. At least this is what his well-known criminal defense lawyer from Alicante has insisted upon. Jorge defends his actions as consequences of a psychotic outbreak in which he was completely disconnected from any sense of reality.

The detainee contends that after choosing to side with the devil, the was ordered to go into the kitchen and pick up two of the largest knives they had. Jorge then proceeds to the living room where his mother is by herself watching the television.

“Mum, a voice is telling me that I must kill you”, he tells his poor mother who is confronted with her armed son. Jorge has had past incidences of a violent nature and to her surprise when she asks, “but what are you saying, my son?”, he simply and coldly replies, “I have to kill you”.

Jorge chillingly recalls that “the poor thing did not defend herself”.

He then waits in the garage for at least an hour until his father comes home. Once Melchor pulls up into the garage he is confronted with his son, dripping in blood, and frantically asks what has happened. However, Jorge says that he only had a fight with a friend and that he was okay.

Once his father turns his back to close the garage door, Jorge takes advantage and uses the element of surprise to pounce on his back with the knife. He manages to create several gashes, the most severe one near his neck.

However, the father thankfully escapes under the garage door and screams for help whilst clutching at his injuries to avoid further blood loss. The street, Calle Reyes Catolicos, is also home to half of their family, including their other daughter who runs out to see a ghastly sight: her brother running after her father with a knife.

Jorge is then frightened and returns home to take the car and flee. He ends up in a neighbourhood known as La Cuesta, which is infamous for its high incidence of crime and drugs. This is where the National Police find Jorge, hours later, still dripping in the blood of his own family.

His defence is built upon the idea that he was experiencing an, out of character, psychotic break, however certain details of his statement have led police to believe he may be faking this.

The Homicide Team of the Alicante Guardia Civil is very well established with an extensive amount of experience and they deduce his excuse of ‘hearing voices’ as highly incredible.

For someone who is so detached from reality, Jorge could easily recall details such as, how much petrol was in the tank of the car and what cards or money he had in his wallet.

For now, Jorge is in prison without bail and the forensic team are corroborating his story with the evidence left at the crime scene.