Contrary to public official’s statements, there is an excess mortality of 30% in Sweden as a whole 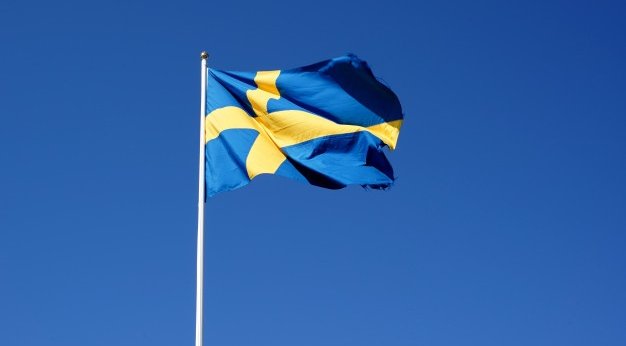 Sweden has been the focus of much international news coverage during the global coronavirus pandemic, as its strategy for handling the crisis – avoiding national lockdown with a goal of reaching herd immunity through “controlled spread” – is unique in the world. The small Scandinavian nation currently has one of the highest numbers of confirmed COVID-19 deaths per million people in the world, much higher than its Scandinavian neighbours.

The average number of daily deaths per million since the first COVID-19 death case in each country until June 5, 2020.

Source: Our World in Data

Many Swedes, its government, and the Public Health Agency of Sweden (Folkhälsomyndigheten) believe that this strategy is the right choice. However, criticism has been levied against the Swedish coronavirus strategy domestically as well, especially about the spread of the virus in nursing and retirement homes throughout the country.

Thomas Lindén, a department director at the National Board of Health and Welfare (Socialstyrelsen), told Swedish newspaper Sydsvenskan in May that the numbers are “similar every year” (link in Swedish) during flu season, effectively trying to downplay the pandemic’s toll on the country.

Investigation shows: Deaths in 2020 not similar to other years

SVT, the Swedish national public television broadcaster (similar to the BBC in the UK), decided to investigate whether or not Lindén’s statement was true and sought Ratsit’s help to do so. The investigation analyzed the ten most intense weeks of the coronavirus pandemic in the country: March 2nd through May 10th of 2020.

In their analysis, SVT’s reporters cross-referenced lists of retirement and nursing home addresses from data providers Infotorg (a Bisnode company) and Retriever with data on registered deaths of persons residing at those same addresses – i.e. their patients – from Ratsit. They then compared this to the number of deaths from the same period during 2017-2019.

The result? A nationwide excess mortality rate of 30% in 2020.
Excess mortality is a measurement of how many more people on average, die during a certain period of time. While it is not proof of COVID-19 related deaths, it is useful as an indicator of where the pandemic has spread. As retirement and nursing home residents are old and often ill, they are especially at risk during this pandemic.

Some of the most important findings of the investigation follow below:

The most populated county, Stockholm, saw an excess mortality of 100%

SVT further identified around 40 individual facilities where excess mortality was over 100% during the analysis period. The majority of these facilities are located in the Stockholm area, but others were also found in cities in other parts of the country like Borlänge, Göteborg, Gävle, and Linköping.

“While avoiding a lockdown may have spared the Swedish economy to an extent and may work well for most Swedes, it is alarming and deeply tragic that our institutions have failed to protect some of our most vulnerable,” said Anders Johansson, CEO of Ratsit
The investigation showed no significant difference in excess mortality rates between publicly and privately-owned retirement and nursing homes.

After receiving access to the National Board of Health and Welfare’s own numbers, SVT found that those indeed show excess mortality on the national level as high as 40%, an even higher number than found during the investigation with Ratsit.

Despite much media coverage and a lively debate both in Sweden and around the world, many Swedes still believe in their government and its agencies, and that the decision to not shut the country down was, and still is, the way to go. But there is also growing consensus that Sweden has failed to protect its elderly during the coronavirus outbreak, and realized it far too late.
Link to Ratsit’s and SVT’s Swedish article.

Ratsit is an internet-based company that provides business information, credit information and credit reports in a new and more efficient way. Ratsit makes the information available to all – regardless if you want to use it for private reasons or in your work.

Ratsit’s services are used by most individuals, entrepreneurs and businessmen in Sweden. Every year, about 150 million searches are performed on both individuals and companies. Ratsit has approximately 800 000 members and 150 000 paying customers. Ratsit collects and compiles data from authorities, private businesses and its own collections and makes the information available to individuals and companies.
Ratsit AB was founded in 2006 and is part of the Nodeus Group. Read about Ratsit in the media.