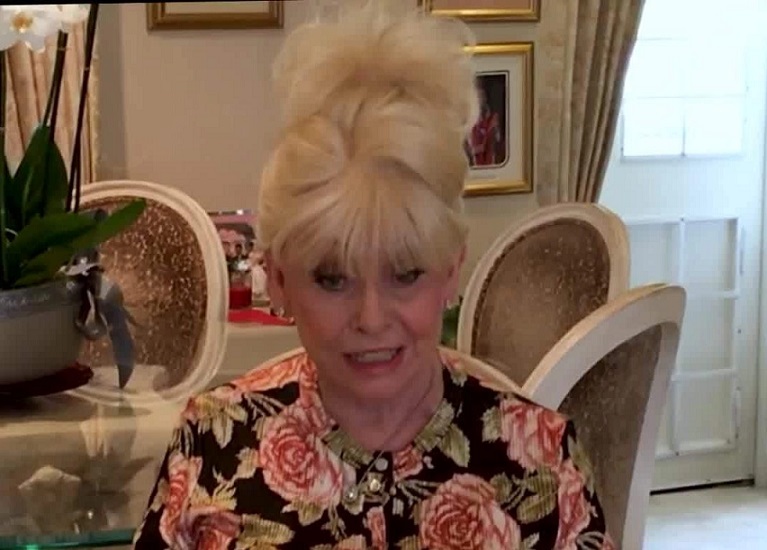 "Who are you and what do you want"? asked Barbara Windsor to long time friend Ross Kemp...

Barbara Windsor can no longer remember her friends’ names and often wonders where she is after her Alzheimer’s was discovered to be getting much worse.

WHEN Barbara Windsor bowed out as EastEnders’ Peggy Mitchell in May 2016, she was already in the early stages of Alzheimer’s. Four years on, her screen son Ross Kemp hears from Windsor’s husband Scott about her deterioration and the fact that she often can no longer recognise him: “Your whole history is gone in their eyes. She’s looking at a stranger,” he says, zeroing in on the cruelty of the condition.

Ross Kemp has been filming a documentary called Living with Dementia and decided to check on how his old friend ‘Babs’, Dame Barbara Windsor, was doing after hearing her condition has worsened. Her husband Scott is 82-year-old Barbara’s primary carer following her diagnosis with Alzheimer’s disease six years ago.

Fighting the tears back during filming Ross was heartbroken to find that she didn’t even know who he was, he has jumped out of low altitude planes, survived a tour of Afghanistan, and interviewed murderers but said nothing could have prepared him for this.

Ross explained that her husband Scott said Barbara was reportedly struggling with the coronavirus lockdown because she can’t understand why nobody is visiting her which was making things worse then they were.

Although friends for over 20 years ‘Babs’ asked Ross “WHO are you? What are you doing here?” as they started filming, already the director had to shout “cut” while Ross choked back the tears and put on a brave face for the cameras.

Ross Kemp: “Barbara was my ‘TV mum’ on EastEnders and is hilariously funny and  vivacious, with a rapier wit – we’ve always had a giggle, on and off set. But now she clearly has no idea who I am.”

Ross Kemp: Living with Dementia is on ITV tonight at 7.30pm UK time – 8.30pm, remember to bring a handkerchief…