Madrid Care Home Scandal: Only Patients With Private Insurance were Allowed in Hospitals for Covid-19 Treatment 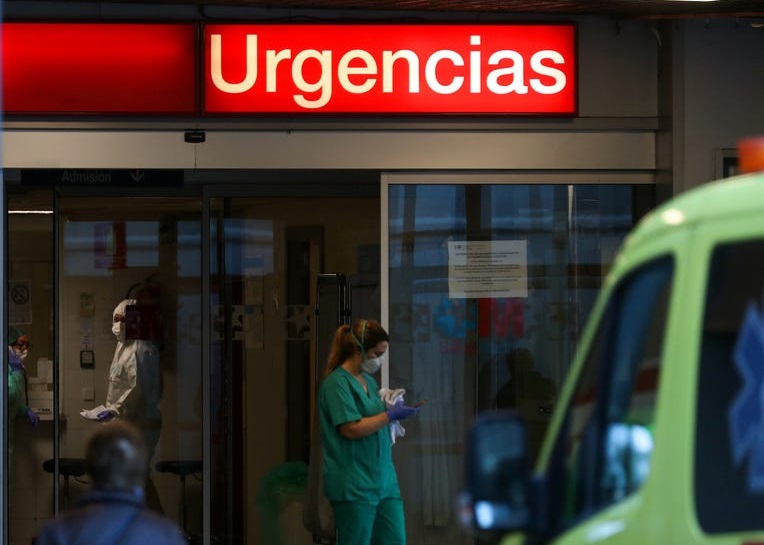 A damning new report has revealed that only elderly care home residents were taken to hospitals in Madrid during the coronavirus epidemic that ravaged the city.

IN the early days of the epidemic in Madrid, elderly patients in nursing homes with Covid-19 were rejected by public hospitals, but fellow residents with private insurance were given privileged treatment and were taken straight into care.

In an attempt to avoid the collapse of its public hospitals, the Ministry of Health developed protocols that excluded elderly residents in care homes who were deemed to be in a terminal phase of their lives and had dependencies such as being bound to a wheelchair.

Those documents were sent to all of the 475 centres in Madrid, after that a referred geriatrician in a public hospital in their area, had to decide by telephone whether it was possible to refer the sick person to care.

However, shockingly, as the report states. this was NOT imposed across the network of more than 40 private clinics and hospitals in Madrid, despite the fact that the Minister of Health, Enrique Ruiz Escudero, had taken full control over public and private health since March 12, just before Phase 0 of the nationwide lockdown started.

“We had five or six cases of patients who came from residences in stressed areas,” says the manager of the Santa Elena Clinic and president of Catholic Hospitals in Madrid, Miguel Ortegón. No further comments on that statement are available…

Asisa, an insurer that manages the Moncloa Hospital, with 235 beds, says that the Ministry of Health never told them that they had to select the elderly according to the criteria of the exclusion protocol. “Fortunately, at no time did we have to deny entry,” says a spokeswoman. Nor was any client from Sanitas, with three hospitals in Madrid, or QuirónSalud, with seven of its own centres, according to their spokespersons, rejected.

Around 300 families of the deceased have now joined several collective complaints against the regional government and residences and their ‘deplorable actions’ during the epidemic.

A class-action suit is being put together and I’m sure there will be plenty of denials as the terrible story unfolds on how privately insured patients were NOT turned away from hospitals in Madrid during the crisis!