CLOSURE FOR THE McCANNS- FINALLY? 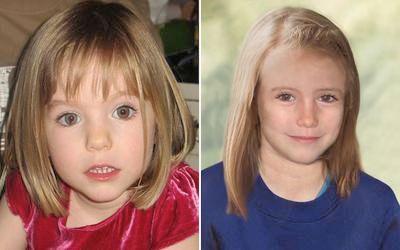 The Madeleine McCann suspect reportedly linked to the disappearance of other young children has reignited interest in the whole sad story.

The same suspect who was “discarded” in 2007 in the original Portuguese investigation. However, that investigation failed to consider mobile phone data among a litany of errors. Kate and Gerry McCann have waited 13 years while Madeleine’s disappearance has spawned conspiracy theories, and panic among other parents. And though a new suspect has undeniably reignited interest in their daughter’s case, the British media were hooked from the moment she went missing.

Let’s hope this is the end of their ordeal. Everyone has an opinion about the McCanns. Leaving their children alone was undoubtedly an error of judgement, but they’ve paid the highest price for it. But then, should parents leave their kids in a car when they nip to the shops, or in a pram outside them? But it’s not just about what they did, it’s what the abductor did. And it’s not unusual that prime suspect turns up early in a police investigation and is virtually ignored or “discarded”.

This has happened in several cases: the Yorkshire Ripper, Milly Dowler (in Surrey), Rachel Nickell (in Wimbledon) and in others. One distinguishing factor in these particular cases is that the eventual offender’s related crimes have included crossing borders into different police regions and, occasionally, different countries. Naturally, there are other criteria that have to be considered such as the expertise of the investigators, their impartiality, their proficiency or motivation (or even lack of financial resources) that permit them to, or prevent them from, pursuing every line of enquiry to an effective and appropriate conclusion. Factored into this, pressures from senior officers (as in the Jeremy Bamber case), politicians, public opinion and financial cuts can all have implications for the success or failure of an investigation.

Hopefully, after all these years of anguish for the McCann family, Madeleine’s abductor is finally identified. It may bring closure of sorts, but the healing of wounds… never.