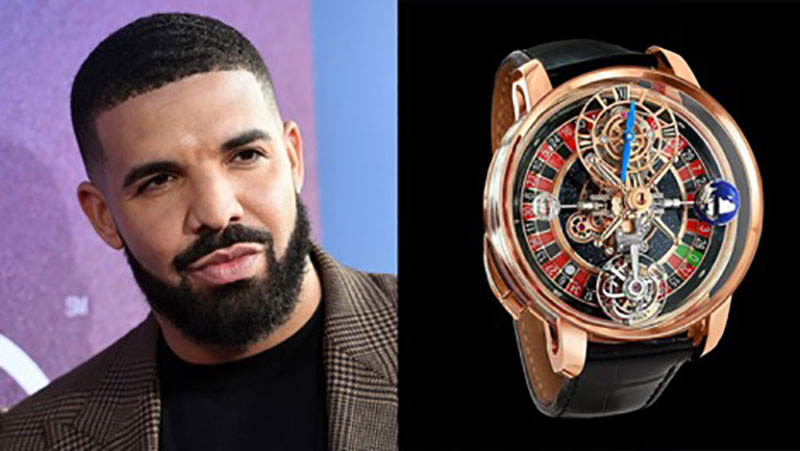 Drake is a prominent figure in the hip-hop music scene, but did you know he’s also a high roller and loves betting big money in the world’s greatest casinos? The Champagne Papi has an impressive net worth of $150 million and was ranked the fifth richest rappers of 2019, according to Forbes.

With so much money on his hands, it should come as no surprise that Drake is a passionate gambler. It is estimated that he charges between $350.000 and $600.000 for a concert, so losing a couple hundred thousand dollars in a single night at the casino won’t leave a dent in his net worth. Browse KingCasinoBonus to learn some tips and tricks that the best gamblers in the world are using.

In September 2019, after an “Aubrey & the Three Migos” tour stop on a stage in Philadelphia, the hip-hop artist went to Atlantic City, where he had a shorter concert at the Dear Nightclub in the Hard Rock Hotel & Casino.

After the show, which started around 3 a.m. the next day, Drake went straight for a gambling session at the hotel’s casino. In a few hours, the singer lost a good part of that night’s earning.

According to Page Six, Drake and his crew were headed to the Scores strip club situated in Hard Rock Hotel, where DJ Spade, his personal DJ, was playing, but Drake decided not to go in because it was too full. Then, he simply took one look and went gambling.

Of course, Drake and his crew had a private party in a private high-roller area. The sources say that the Sugar Factory restaurant opened after-hours for the artist so he and his party can enjoy some mini burgers, chicken fingers and French fries and of course his signature “The Drake” cocktail, which is composed of the rapper’s Virginia Black whiskey, sweet tea, peach puree, cotton candy, and peach gummies. Ouch!

In 2018, Drake had a media scandal with a casino, and he accused them of racial profiling because they wouldn’t allow him to gamble, even though he had provided everything that they asked him for.

However, it was later proved that it was British Columbia’s new anti-money-laundering that prevented the artist from gambling in Vancouver at the Parq Casino. The rules require he produces proof he withdrew more than $10,000 the same day and declare its source.

Drake is well known for the great bets he places with other artists.  In the past, he lost a $60.000 bet to French Montana on an NBA Finals game where he chose the Warriors to beat the Cavaliers.

Still, the hip-hop superstar didn’t start his gambling journey in with thousands of dollars in an old Youtube video, young Drake can be seen gambling his watch in a dice game. Today, he is a multi-millionaire artist and businessman and even owns a $620K watch with a functioning roulette. That’s the perfect example of “started from the bottom now we here”!

While spending $200.000 in a single night at the casino would represent a great problem for many people, Drake doesn’t really mind doing so. Even though he lost 3 times the US annual median household income in the span of a few hours, the rapper still made more money than he lost.

Therefore, gambling should be considered a form of entertainment and not a source of income, which implies that you should never bet more than you can afford to lose.