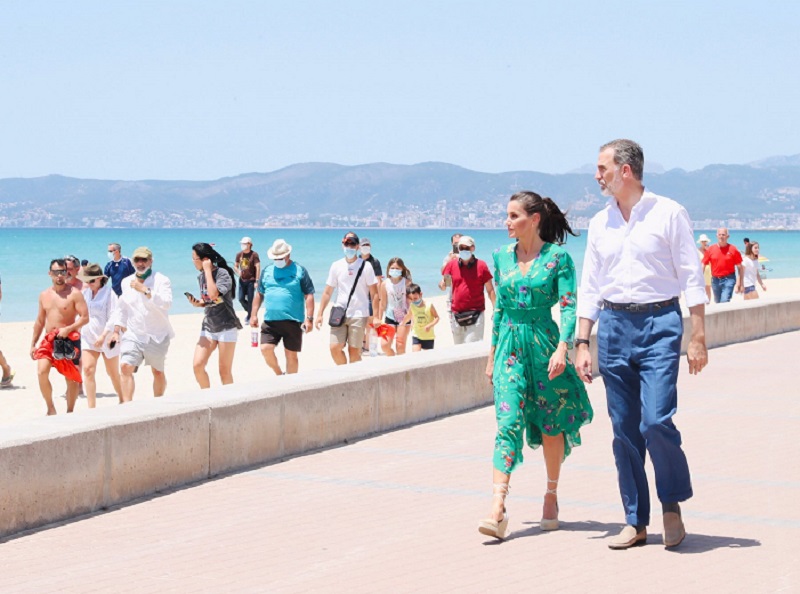 SPAIN’S King Felipe and Queen Letizia are in Mallorca today Thursday in a show of support for the holiday island’s tourism sector. 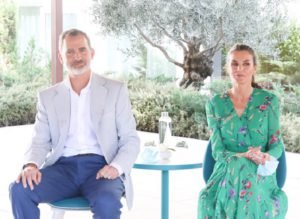 The official visit is part of a series of trips the royal couple are making to different parts of the country to thank the population for their efforts in the battle against Covid-19, as well as to support businesses trying to recover from the impact of the crisis and entities working to help people hardest hit by the situation.

In Mallorca the King and Queen are accompanied by Industry, Trade and Tourism Minister Reyes Maroto.

The day’s official agenda began with a meeting with representatives of Balearic Islands business associations, trade unions and hotel federations at the Hotel Iberostar Cristina in Playa de Palma.

King Felipe and Queen Letizia were received by Balearic government president Francina Armengol, before sitting down for the talks held outdoors, and with social distancing carefully observed. 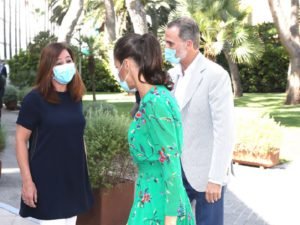 The discussions were followed by a meeting with members of the Balearic EAPN Social Inclusion Network, among them the regional coordinator of the Red Cross. The royal pair then had a third set of talks, this time with the Mallorca Circle of Economy representatives.

This morning’s packed agenda allowed for a stroll along the Playa del Palma promenade, before a visit to the Hotel Riu Concordia, where the manager explained to their Royal Highnesses the safety protocols and measures implemented at the establishment to ensure health safety.