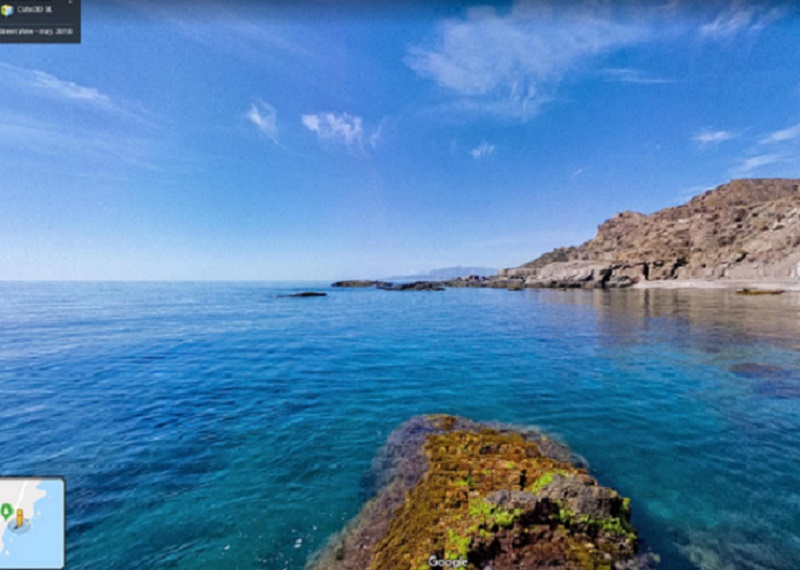 THE beaches and bays of Cuevas del Almanzora are an online hit, attracting some four million online hits over the last year.

The council said the number of Google searches and views in the files it created two years ago to place the Cuevas coastline in the virtual world had been significantly increasing.

Also that the Google 360º photography and geo-localisation project set up for the administration continues to grow.

This, the council said, “allows millions of people to discover such a unique and charming coastline,” which ranges from the open Quitapellejos beaches in Palomares and Villaricos, to rocky enclaves like Cala del Peñón Cortado and Cala Cristal.

The statistics show there has been a huge increase in online ‘How to get there’ searches, going from somewhere in the regions of 600 in July and August 2017 to more than 10,000 over the same period last year.

The council also reported more than 2,300 online reviews of the Cuevas coastline have now been posted, giving the area an average satisfaction rating of 4.31 out of five.

This summer season has got off to a good start in Cuevas despite Covid-19, the council says.

“Safety measures, reinforced cleaning and 17 kilometres of beaches and coves free of crowds, with the charm of practically virgin corners, are the incentives for discovering the municipality’s coastal marvels,” the administration affirmed.

Commented Cuevas mayor Antonio Fernandez, “This year more than ever, the search for a tranquil and safe place means many more visitors coming to enjoy them.”