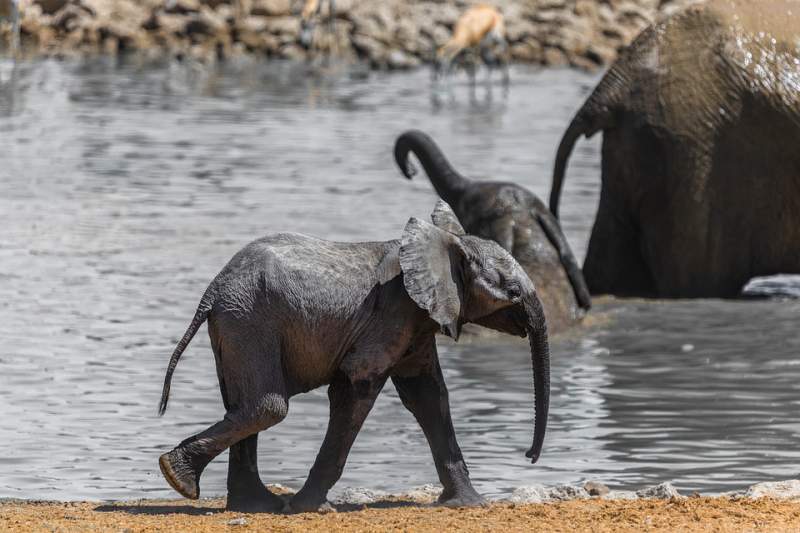 Hundreds of elephants have died under mysterious circumstances in southern Africa with indications something may have attacked their neurological systems.

While the cause of death remains a mystery, the discovery has sparked fears another disease could cross into the human population like the current coronavirus pandemic.

Biologist and Director of Conservation at National Park Rescue Niall McCann and his team have discovered more than 350 carcasses in the Okavango Delta in Botswana since the start of May.

With lab results from the bodies still weeks away, Dr. McCann said: “It’s important to determine what killed the animals in case it does spill into humans.”

Most of the elephants appeared to have died and dropped straight down on their faces.

The positioning of the bodies, coupled with sightings of elephants walking around in circles, indicates something may be attacking their neurological systems.

Dr. McCann said: “Yes, it is a conservation disaster – but it also has the potential to be a public health crisis,” Dr. McCann said.

“We have sent [samples] off for testing and we are expecting the results over the next couple of weeks or so.”
The team are confident poaching is not the cause of death as the ivory tusks have not been removed and no other animals have been found dead.

South Africa’s parks service stopped culling elephants to reduce overpopulation in 1994, partly because due to public opposition. “It is only elephants that are dying and nothing else,” Dr McCann said. “If it was cyanide used by poachers, you would expect to see other deaths.”

Dr McCann also tentatively ruled out accidental anthrax poisoning which killed 100 elephants in Botswana last year. The team first spotted the dead animals during flight in May. Over three hours they counted 169 bodies.
“To be able to see and count that many in a three-hour flight was extraordinary,” Dr. McCann said.
“A month later, further investigations identified many more carcasses, bringing the total to over 350.”
Botswana is home to a third of Africa’s elephant population, which is listed as vulnerable to extinction as both poaching for ivory and human-animal-conflict continues.