Sea Fever or The Virus of Disrespect 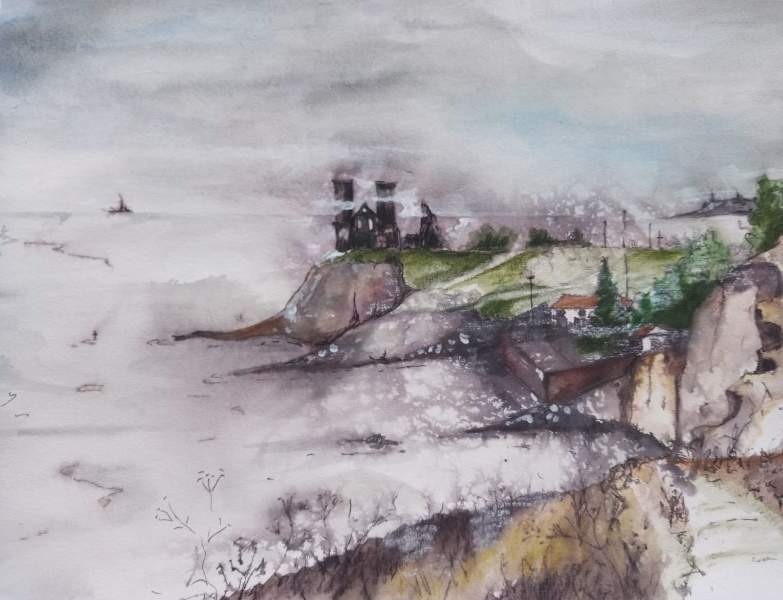 So, the summer is here, gulls are whirling, gaggles of youngsters frolic on beaches across the world like startled crabs emerging from beneath the sands.

Picnics are shared, pop is drunk (the drink, not the parent… although if the flip flop fits…), ice cream consumed by the bucket load until small children resemble sunburnt Mr Whippys. Conversation flits rapidly between the weather and the blasted sand in the egg and salad cream sandwiches, the heat or lack thereof and the beachwear choices of the old lady from next door.

The British love a good beach. Holidays as a child were magical. Every year we loaded up the car and my dad would drive us first to the Little Chef for a mixed grill and too sweet coke and then to Herne Bay to a caravan for six. We kids would emerge in our shorts and vests and wellington boots and off we would go to explore rock pools and hidden caves returning only for ice lollies and dinner. The beach (as such) was mainly shingles and sharp stones so the journey into the water was punctuated with ooh, ow, ouches as one by one we stuttered into the sea… in my case only to be washed up seconds later displaying a fine set of bruises.

We sank ships, routed pirates and found sunken treasure. We were heroes and mermaids and sea monsters. We loved the sea. Evenings were spent at the Mira Mar Hotel, a bottle of pop and a bag of crisps watching our parents get drunk and giddy. Back at the caravan craft sets were crafted, books and comics were read and the random detritus and seashells found during the day were categorised and stored in shoeboxes to be discovered months later on rainy days back home. When the weather turned (as it invariably did) we would walk to Reculver and explore the ruins. It was my Mother’s most favourite place on Earth.

We kids played Medieval Knights and damsels in distress. My family is not alone in this very British love of the seaside. In past times workplaces would organise a yearly ‘Beano’ to Southend, Canvey or Camber Sands, great charabancs loaded to the gills with families carrying baskets of tomato sandwiches and sausage rolls. The working-class holiday of old consisting of one day at the beach come rain or shine. Nothing tasted finer than the crunchy egg sandwiches and foil-wrapped cake. At day’s end, we would pack up. We kids ordered to scour the sand for rubbish which we popped religiously into bags bought especially for that purpose. It wasn’t difficult, we loved the sea and the beach as much as we loved our own homes.

It saddens me to see newspaper reports of the litter left at beaches this week. Southend on Sea resembled a rubbish barge. The Estuary was saturated with plastic bottles and empty beer cans, tide thick with scraps. A disgrace. If you ‘must go down to the sea again..’ all I ask is that you pick up your bloody litter!
Toodle Pip