Boris Johnson: ‘People shouldn’t be bullied into taking the knee’ 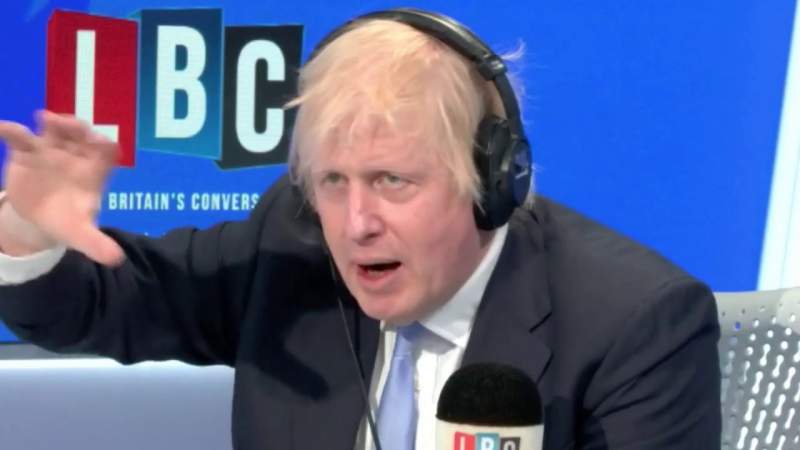 People should not feel “bullied” into taking the knee, Prime Minister Boris Johnson has said.

Speaking on LBC on Friday, Johnson acknowledged that there are “injustices and prejudice” that need to be rectified in the UK, but said: “I don’t want people to be bullied into doing things that they don’t necessarily want to do at any given moment.”

Asked if he would take the knee, the Prime Minister said: “I don’t believe in gestures. I believe in substance. I believe in doing things that make a practical difference.”

Johnson defended his record as London mayor, saying he had “massively” increased black representation in the Met Police and said he would rather see a story of “championing success” but admitted there are injustices and prejudice that need to be rectified.

Asked by presenter Nick Ferrari if he is ‘a Raab or a Starmer’ (referring to the fact that the former has said he wouldn’t and the later has said he would), Johnson said he did not want people to be bullied or embarrassed into making a gesture if they didn’t want to.

“If you think about what happened with those police officers standing at the Cenotaph… they were being really insulted in quite aggressive terms by some members of the crowd and told to take the knee. Some of them did and it was very difficult then for others who didn’t.

“That’s my position. I think it’s very very important that you don’t do things that make life difficult or embarrassing.”

Johnson’s apparent suggestion that he would not take the knee echoes that of Foreign Secretary Dominic Raab, who said he would only kneel for the Queen or his wife.

Raab was also criticised for suggesting that the gesture started in the TV series ‘Game of Thrones’ and is a symbol of subjugation.

In contrast, Labour leader Sir Keir Starmer released a photograph of himself taking the knee, in support of the Black Lives Matter movement.

Starmer tweeted the picture of him and deputy leader Angela Rayner kneeling on the floor of a meeting room in parliament, with the caption: “We kneel with all those opposing anti-Black racism. #BlackLivesMatter.”

The gesture has been adopted by footballers at the start of their matches and by people at Black Lives Matter protests across the world, including police officers.

Former Home Secretary David Blunkett has voiced concerns over taking the knee, saying it may leave some people “deeply uneasy”.