Boris Johnson says the UK is through the worst of the coronavirus crisis but warns ‘let’s not blow it now, folks’ 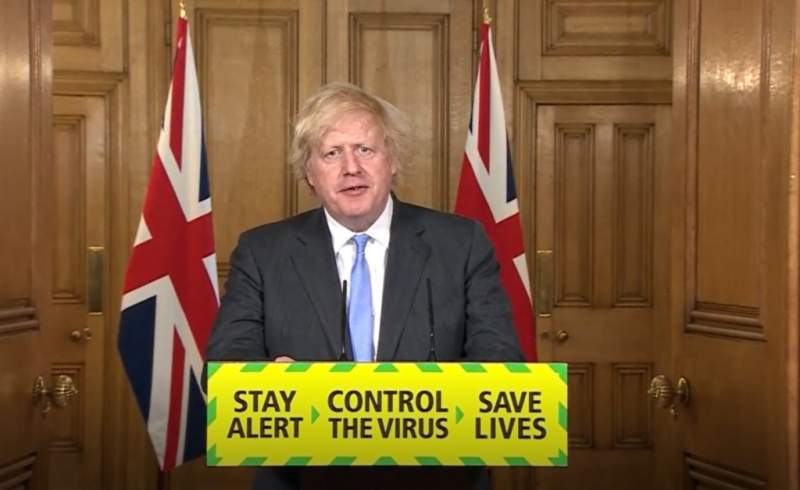 As a significant easing of the lockdown is now coming into effect in the UK, Boris Johnson has urged Britons to “enjoy summer sensibly.”

Boris Johnson has said the UK is “very much through the worst” of the coronavirus pandemic, but warned: “Let’s not blow it now, folks, we have done a fantastic job so far.”

The police have already come out to urge drinkers to behave responsibly this weekend, termed ‘Super Saturday’, many thousands of drinkers are expected to flood pubs and restaurants across the UK as they open their doors fully for the first time in months.

The Prime Minister said: “Tomorrow we come to step three of the plan that I set out on May 10, that everybody, I think, has understood, or huge numbers of people have understood and followed very carefully and very closely.

“And it’s because people stuck to that plan that we’re now able to carefully and cautiously open up hospitality tomorrow.

“And my message is really for people to enjoy summer sensibly and make sure that it all works,” said the PM.

The PM was asked why pubs are opening Saturday and not next week.

He was later asked why restrictions on going to the pub will be lifted on a Saturday, which typically sees a higher rate of alcohol-related issues for police and the NHS.

He said: “We thought about this carefully and I think we wanted to give pubs time to prepare, we wanted a date early in July and when I look at what is happening I hope very much that people will behave responsibly and enjoy summer safely.

“I hope this will be a reasonable time for people to get ready to enjoy themselves in the weekend but to do it in a safe way.”

The PM said Saturday was chosen rather than Monday and whether he only “hoped” it would be safe, Johnson added: “It’s not on hope, it’s based on a clear understanding of the statistical risks that we now face as a country.

“We’ve progressed thanks to the efforts of the British people from an incidence of the disease at about one in 400 a few weeks ago to maybe one in 2,200 today. You’re appreciably less likely now to be in close proximity to someone who has it than you were even a couple of weeks ago.

“We’re making progress, we aimed for July 4, we wanted to set ourselves a target, we think we’re in good shape but my message is let’s not blow it, folks.”