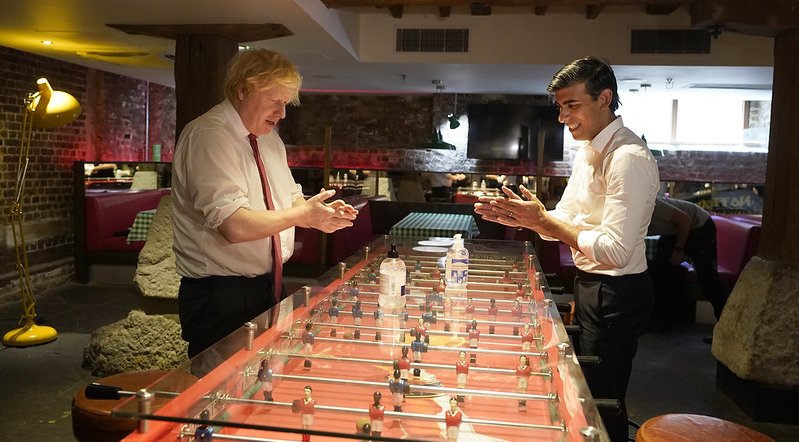 The PM and Chancellor of the Exchequer consider the future Credit: Number 10 flickr

AS Britain emerges from the lockdown and more businesses are allowed to open, the next six months will be crucial to the economy in the run up to the final divorce from the European Union.

The British Government hopes that it will have struck a number of beneficial trade deals by then but these can take some considerable time to finalise and it rather looks as if there will be no good news from the Brexit negotiations with the EU.

Spending in the UK therefore is an absolute priority and both the Government and the Bank of England are looking at ways of stimulating consumer spending with two possible strategies that may help.

According to the Sunday Times, the Governor of the Bank of England has written to major lenders about the possibility of introducing negative interest rates.

If introduced, this would be the first time that such an economic strategy has ever been tried in the UK, meaning that those with bank deposits or savings would actually be charged for keeping the money with their bank.

The concept is then that people will be inclined to withdraw money and purchase goods or services but naturally lenders are highly unlikely to reduce their loan charges as that would hurt their profits, even though that could also generate consumer spend.

Another possibility, being expounded by the think tank Resolution Foundation is that the Treasury should give adults and children free vouchers to spend in the areas most badly affected by the Covid-19 pandemic at a possible cost of £30 billion (€32 billion).