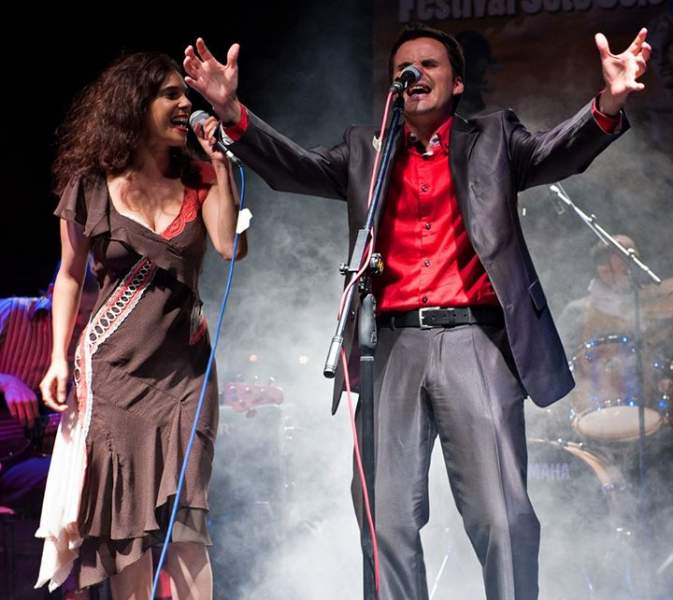 THE flamenco singer, Juan Pinilla, returned to triumph in Almuñécar offering a masterful night of flamenco. With a standing ovation from the public, the show that opened the concert schedule of the municipal auditorium at the park “El Majuelo” ended, on a hot and humid night under the view of the full moon rising from the Castillo de San Miguel.
Throughout almost two hours of singing and dancing, the attending public, in addition to enjoying the songs from the latest album “Humana Raiz”, could enjoy the tribute that the singer made to the participants of the 1922 Granada Cante Jondo Festival as well as a wide and varied display of fandangos of all styles and themes from the land.
The concerts of Juan Pinilla, in addition to being able to enjoy the different styles of flamenco, the public learns a whole sample of styles and lyrics that occur throughout the Andalucian geography.
There was no lack of gratitude from the Granada-born cantaor towards the Department of Culture of Almuñécar for the support, and the excitement for returning to the stage,  bringing musical culture back to its rightful place, despite the situation experienced. In this sense, there were many friends of Juan Pinilla and flamenco lovers who gathered in the almuñequero park.
At the end of the concert, the Councillor for Culture, Alberto García Gilabert, congratulated the singer and reminded him that “Almuñécar is his home”. And it is that Juan Pinilla, a well-known and beloved singer in Almuñécar and La Herradura where he has coordinated the Manuel “El Ruso” Memorial, already has outstanding distinctions, among others: Mining Lamp of the Festival of Mines of La Unión (2007, considered one of the most important awards in flamenco and dedicated to the victims of workplace accidents; nominated for the Latin Grammy in the USA, (2014); Favorite Son of the Province of Granada (2016); Art and Creation Award of the Junta de Andalucía, FAC Journalism and Communication Award in Barcelona, ​​together with more than 20 First National Awards in flamenco singing competitions.