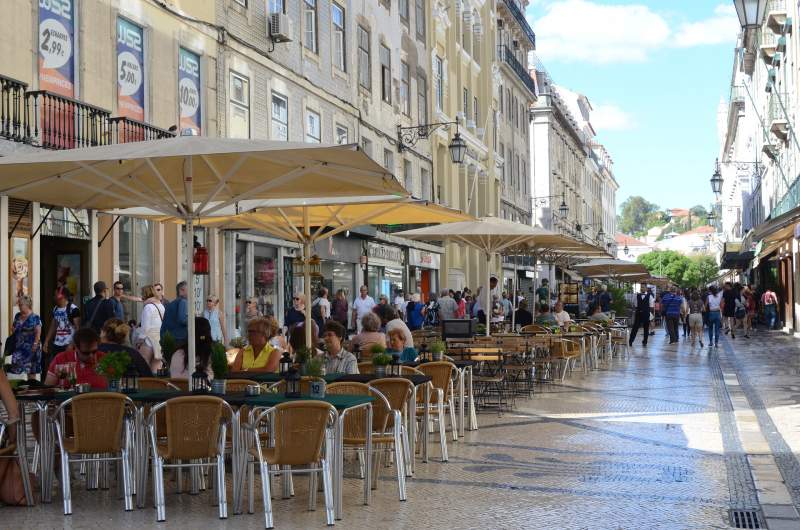 Around 40 per cent of Portugal’s hospitality firms and 18 per cent of hoteliers are ready to ‘file for insolvency,’ according to the country’s national catering national association, AHRESP.

Around 38 per cent of the country’s restaurants are considering insolvency from July because they simply cannot cope with expenses like paying staff wages, suppliers, energy bills, etc as a result of the Covid-19 crisis. Businesses that took part in AHRESP’s survey, admitted that June’s income was drastically reduced compared to previous years. More than 24 per cent suffered losses of over 40 per cent, with 22 per cent reporting up to 60 per cent losses, and 12 per cent admitting that business was down by more than 90 per cent.

Although the country’s furlough scheme “has helped massively to date, more than 54 per cent of businesses say they won’t be able to pay salaries at the end of this month without it,” confirmed AHRESP. In fact, over 17 per cent of companies haven’t managed to pay June salaries yet, with 15 per cent saying they have only part-paid them.

In addition, more than 70 per cent of hospitality firms doubt they will be able to afford to keep all their staff employed until the end of the year. The situation is very similar with regard to hoteliers. “Around 24 per cent remained closed up until the end of June. Of those that have opened, 47 per cent said they have had no guests whatsoever, and 41 per cent have indicated occupation rates of up to 25 per cent only.

The industry doubts that things will pick up much during this ‘high’ tourism season between July and September. In fact, around 46 per cent of hoteliers don’t expect occupancy levels to be more than 25 per cent, while only 17 per cent forecast occupancy rates of between 25-50 per cent, noted AHRESP. As a result, 18 per cent of hospitality/hotelier firms are pondering insolvency if they cannot afford to maintain expenses, with 45 per cent still undecided. Of course, the situation could change radically from mid-July, once the tourism season kicks in. It’s a question of having a “wait and see approach to see if tourism will save the day,” concluded AHRESP.