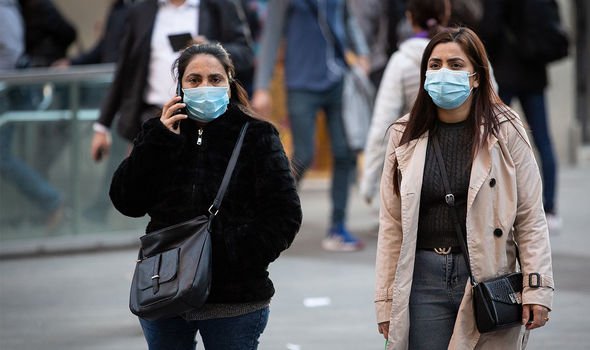 Spain has around 50 active coronavirus outbreaks across the country. CREDIT: Twitter

Spain has registered more than 70 coronavirus outbreaks since the start of the ‘new normal’. At least 50 of these flare-ups are still active but ‘under control’, according to the country’s Health Ministry.

THE authorities are particularly concerned about the cases in Galicia’s A Mariña (Lugo) and Catalunia’s El Segrià (Lleida), which has forced more than 300,000 residents to be confined over the weekend, as reported. The number of active Covid-19 cases in A Mariña has risen from 99 on Sunday to 119 on Monday, confirmed the Health Ministry.

However, Lleida’s infections have practically doubled from 266 in the week of June 22 to 524 in the last seven days. “If in two weeks there is no change in the situation, they will have to consider stricter measures such as being confined to the home” for the population in the Segrià region, according to Pere Godoy, the head of the Lleida’s Epidemiology service.

Another outbreak has been confirmed in Albacete today, which has resulted in the confinement of residents in an entire building. New cases also have been registered in Murcia. The Health Ministry has detected two new outbreaks of coronavirus this weekend affecting a total of six people, caused by “imported cases” one of them through a person who entered the country on a flight and another who apparently arrived on a truck. Both, are in addition to the two outbreaks that are already active in the area, but reported to be  “contained”.

A group of 14 fire fighters in Badajoz are also in quarantine after one of the team tested positive for coronavirus on Saturday. According to the Junta of Badajoz, the other 13 firefighters have tested negative by PCR but will remain in quarantine until another test is carried out tomorrow to confirm the results, after which it will be decided whether they can return to work.

Andalucia, however, remains the region with the most outbreaks. According to Andalucia’s Minister of Health and Families, Jesús Aguirre, there are still 13 active coronavirus outbreaks in the region, with around 243 confirmed cases.

However, he has insisted that they are all “under control”. The regional government of Aragon has also confirmed today that the situation in the four towns of La Litera, Bajo Cinca, Cinca Medio and the Zaragoza Bajo Aragón-Caspe (which returned to phase 2 on June 22 due to the Covid-19 outbreaks) are now also contained thanks to the “fast” action of the Health Department.