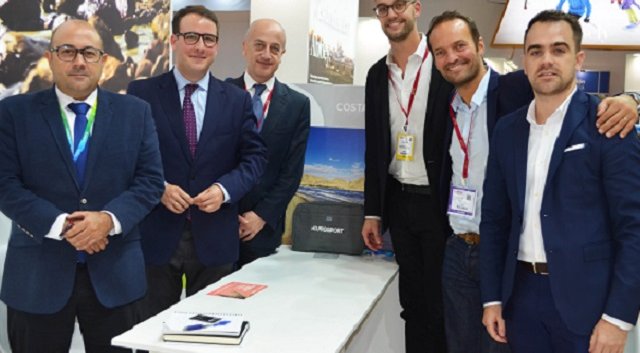 THE attractions of the Costa Almeria as an active tourism destination will be the focus of a promotional campaign to run on Eurosport during the broadcast of the Roland-Garros Grand Slam tennis tournament.
Eurosport will show the French Open, currently scheduled to take place between September 20 and October 4, in 54 countries and in 21 languages.
The provincial council said this means the Costa Almeria will reach 153 million homes.
The Diputacion’s agreement with Eurosport includes TV ads during Roland-Garros and 2,000 six-second “mini-spots” which Eurosport for France will show during the broadcast of ATP World Tour tournaments.
In addition, Eurosport journalists will produce content on the province’s natural resources, cuisine and places for practicing sport for the channel’s social media in France and Spain, and there will be two five-minute programmes promoting Almeria and featuring a top French tennis player.
Tourism Deputy Fernando Gimenez said the agreement means millions across Europe “will discover that Almeria is one of the best places in the world to practice open-air sport at any time of year.
“Our excellent climate, the spectacular natural landscapes and the quality of Almeria’s hotel offer make this possible.”
Linking the Costa Almeria image with a prestigious sporting event which attracts a large audience, and which in recent years has been dominated by Spanish tennis star Rafael Nadal, is, the deputy maintained, “a great opportunity for the province, to reinforce the presence we already have in Europe and to develop tourism from nearer among Spanish fans.”