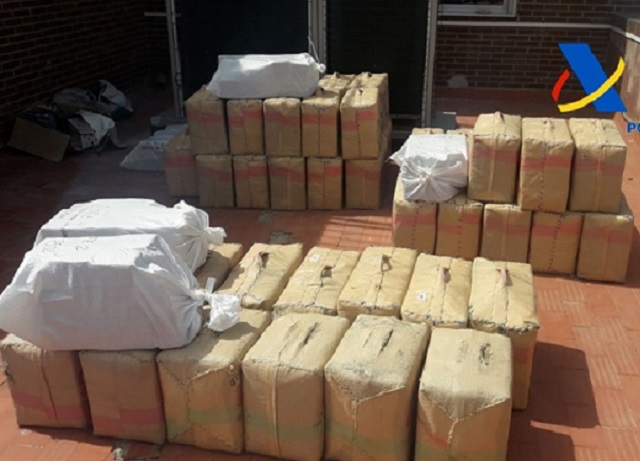 NATIONAL POLICE and Customs got in the way of criminals getting away with a major consignment of hashish delivered to an Almeria beach.
In a joint operation Police and Customs officers seized 1,850 kilos of the drug from inside a van loaded up with the consignment following a dramatic high-speed chase.

The authorities first suspected something illegal was going on when a Customs air department routine patrol flying over the Alboran Sea spotted a boat with no lights moving at high speed about 24 miles south of Almeria.
They could see it was a semi-rigid dinghy about 12 metres long, with three powerful motors. There were four individuals on board and a whole stack of the kind of bundles typically used to transport hash.
Customs and police air, sea and land teams went straight into action. They kept a close eye on the boat, and when it got within about half a mile of the Torregarcia beach hermitage in the Cabo de Gata natural park saw there was a bunch of people crouched down on the beach and looking as though they were waiting.
Sure enough, when the boat reached land they unloaded the cargo into the van.
While a Customs patrol boat went after the dinghy, a helicopter and three police vehicles pursued the van. It shot through a police control and the high-speed chase continued for several kilometres, at times the van trying to ram the police cars and hitting the crash barrier.
When it ended up on two wheels the game was up. Even so, the driver tried to make a run for it.


Identified as Moroccan national SEO, and with a police record, he is under arrest.
Police said the investigation remains open and more arrests are possible.