What’s the difference between a Buffalo and a Bison? 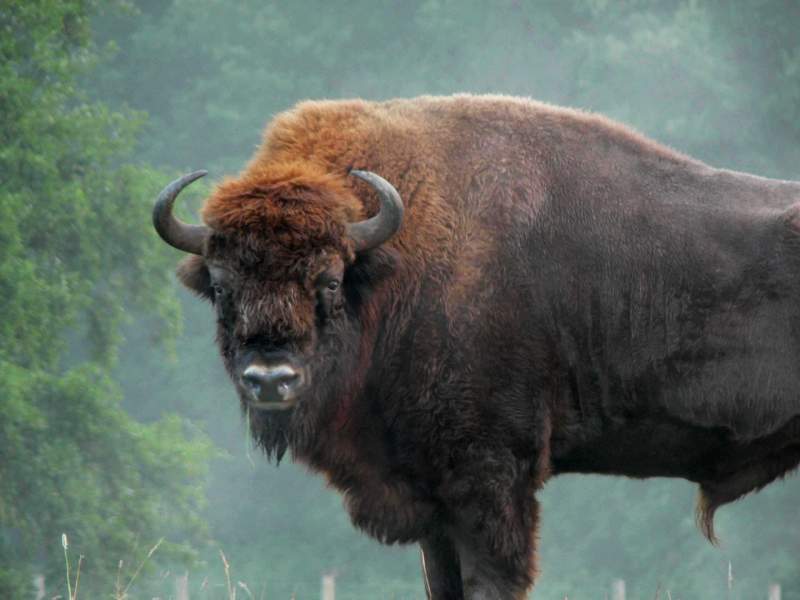 You can’t wash your hands in a Buffalo!

In an effort to ‘re-wild’ some of the countries more exotic animals, the UK has decided to let a small herd of European Bison loose in Kent in the spring of 2022

The Steppe Bison  have not been native to Britain for 6000 years and their descendants the European Bison are on the vulnerable list, so the project will help to secure the future for the magnificent beasts.

Other species like the common nightingale, and the Turtle Dove along with many other species will benefit as well from the reintroduction of the Bison, because the animals will naturally regenerate the woodland area by killing off trees, creating a healthy mix of woodland and scrubland which will boost plant and insect life.

The beasts will be coming from Poland and The Netherlands, where the reintroduction has already taken place with great success.  Paul Hadaway, from Kent Wildlife Trust, said: “The Wilder Blean project will prove that a wilder, nature-based solution is the right one to tackle the climate and nature crisis we now face. Using missing keystone species like bison to restore natural processes to habitats is the key to creating bio-abundance in our landscape.”

Once in place the public will be able to watch the herd from viewing platforms, with rangers on site, there have been no incidents in the existing projects, the herd will be joined by wild longhorn cattle, ‘iron age’ pigs, and Exmoor ponies.

The area of land which was paid for by the wildlife trust and the peoples postcode lottery will cover 500 hectares or 1236 acres, and will be surrounded by simple cattle fences which will be enough to stop them wandering off.

There will be no feeding of the animals, and they will be looked after medically by a team of vets, but as little interaction as possible because they are wild, and they are going to be kept that way said Paul Hadaway.