Who is Piers Morgan and why is he Mr Marmite? 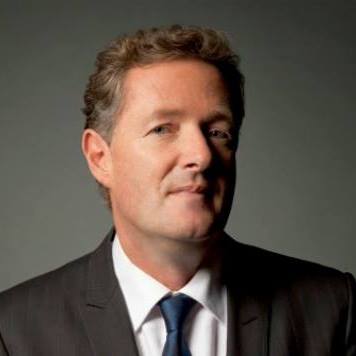 Piers Stefan Pughe-Morgan ne’ O’Meara; (born March 30, 1965) is an English broadcaster, journalist, writer, and television personality. He is currently a co-presenter of the ITV Breakfast programme Good Morning Britain from Monday to Wednesday each week.

MORGAN began his career in Fleet Street as a writer and editor for several tabloid papers, including The Sun, News of the World, and the Daily Mirror. In 1994, aged 29, he was appointed editor of the News of the World by Rupert Murdoch, which made him the youngest editor of a British national newspaper in more than half a century. According to Wikepidia.

On television, he hosted

Piers Morgan Live on CNN in the USA, from 2011 to 2014, replacing Larry King Live in the time-slot following King‘s retirement.

In 2008, Morgan won the seventh season of the US Celebrity Apprentice.

In the UK, he has presented Piers Morgan’s Life Stories since 2009, and Good Morning Britain since 2015.

Morgan has written eight books, including four volumes of memoirs.

While working at Daily Mirror, he was in charge during the period that the paper was implicated in the phone hacking scandal. In 2011, Morgan denied having ever hacked a phone or “to my knowledge published any story obtained from the hacking of a phone.”

In 2012, he was criticised in the findings of the Leveson Inquiry by chair Brian Leveson who stated that comments made in Morgan’s testimony about phone hacking were “utterly unpersuasive” and “that he was aware that it was taking place in the press as a whole and that he was sufficiently unembarrassed by what was criminal behaviour that he was prepared to joke about it.”

Morgan is one of those in the media that is unafraid to voice his opinion, and as such has become both a media darling and a pariah all at the same time.

It is widely accepted that if you are brave enough to be interviewed by him that you will have to fight to get your point across, (unless it’s the same opinion that Mr Morgan holds on the subject),  let alone get a word into the conversation, in fact now it has got to the point where the UK government has now refused to appear on the show ‘Good Morning Britain’ which Morgan co-hosts with Susanna Reid, making for rather interesting one-sided arguments!

Piers has a rather extreme view on the world, from denouncing some of the viewers of his Good Morning Britain programme as ‘racist and stupid if they didn’t support BLM (black lives matter), protests, telling them to stop watching Good Morning Britain, and banning them from his Twitter platform, to then following up that statement with a blistering attack on those same protesters pulling down and defacing statues which depicted slave owners.

I actually get that hypocritical sounding outlook, because I do think that it’s important for the BLM to be heard, I do think that racism is something to be despised and wiped out,  but I also believe that we learn from our history, and if we pull down statues, or rename buildings or streets to remove the historical facts to appease a minority, then we are heading down the road to an Orwellian dystopia with the next thing being a Ministry of Truth, where all the history will be rewritten to suit Big Brother.

He argues, he shouts, he sometimes gets it horribly wrong, he is entertaining, you may feel you want to throw a shoe at the TV when he is on, but he also more often than not actually says what a majority of us think but are afraid to say out loud due to the PC Brigade backlash we would receive.

Morgan is branded racist for pointing out that George Floyd was a criminal, (he was). In what way was that racist? He gets hammered by all and sundry for speaking the truth, (OK his delivery may be a bit forthright, but you cannot say it’s not passionate!). He likes Donald Trump, (so did the majority of America, otherwise Trump wouldn’t be President).

He has conservative views (so have the majority of those who voted in the latest British government). His views on Coronavirus have caused ructions because he has publicly destroyed the Prime Minister for his handling of the crisis, and Boris Johnson’s comments about care homes not following protocols.

He truly is Mr Marmite, the public love him or hate him, (or love to hate him, or hate to love him), but he is relevant, I think that is what makes him such an important persona, we need to have people like Piers, simply because if we didn’t then there would be nobody there to say what the majority, (and believe me it is the majority), actually want to say out loud.

I am in the Morgan camp, I like what he says, (most of the time), I like the irreverence to important people, I like the spitting dummy persona that he brings to the media, but mostly I like the fact that he gets people talking about important issues which genuinely affect the lives of everyone.